Top of the charts: Islamabad airport voted worst in the world

Top of the charts: Islamabad airport voted worst in the world 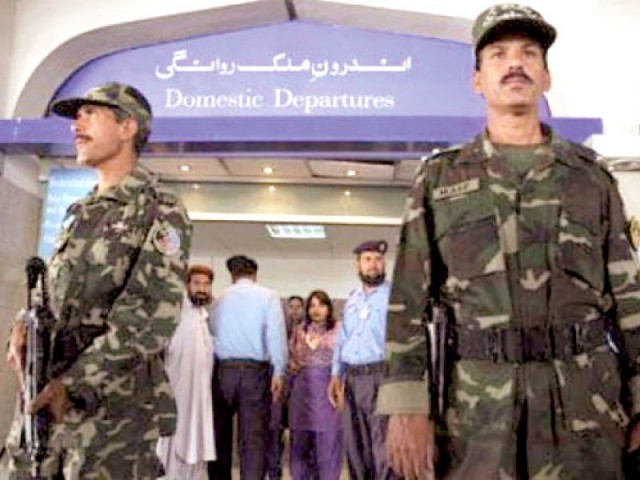 Benazir Bhutto International Airport (BBIA) Islamabad has been declared the worst in the world in terms of cleanliness, facilities and customer service in an online survey.

The poll was carried out by the “Guide to Sleeping at Airports” website, which gives visitors an analysis of airports across the globe, the facilities they offer, and the experiences of visitors. BBIA was ranked fourth worst last year by the same website.

Muhammad Adeel, a businessman who frequently travels abroad, said there was nothing at BBIA which could be appreciated. “It is truly the worst in many aspects,” he said.

Waqar Mehmud, who hails from Wah Cannt, said that there were serious security concerns at the airport which needed to be addressed. He said the washrooms were dirty and glasses were missing from water coolers. “The Civil Aviation Authority (CAA) takes little interest in these public issues,” he said.

Actor Javed Sheikh, who was coming from Karachi, told The Express Tribune that facilities at the airport were not up to the international standards. He hoped that things will improve after completion of the new Islamabad airport.

An airport official said that frequent transfers of project directors were a cause behind the poor state of affairs at the airport.

CAA spokesperson Mubarik Shah did not agree with the poll findings and quoted a Gallup survey which he said had found the Islamabad airport better than many others in the region. “It would be an injustice to declare it the worst,” he said.

Shah, however, admitted that there were congestion problems, which he said were due to lack of expansion space. He claimed a number of projects are under way to address all these issues.

“There was no parking space for staff and we are now constructing a separate staff-only parking area near Noor Khan Airbase (Chaklala) with a capacity of 300 cars and 200 motorbikes,” he added.

“In addition, we have also decided to better manage the parking area for the public to accommodate more vehicles within the available space, he said. The International departure briefing area will also be expanded.

He blamed unclean washrooms on the “people visiting from backwards areas who do not know how to use the toilets”.

He also said it was currently difficult for the airport staff to keep everything functional due to the ongoing additional passenger load of almost 3,500 Hajj pilgrims every day.

Another issue some people complained about was people coming in groups to receive or see off travellers at the airport.

Shah said the authorities cannot stop people from accompanying their relatives to the airport. The airport administration imposed a fee of Rs20 per visitor to bring down the number of visitors but Shah said it did not work.

The spokesperson said that visitors often quarrel with the staff over petty issues. “For instance, we allocated a separate parking space for the physically-challenged, but visitors often park their cars, there without care, leaving no space for those with special needs.”

He said the staff made vigilant effort to ensure that ATMs and Wi-Fi services were working all the time.