IS militants execute man for 'filming HQ' in Syria

IS militants execute man for 'filming HQ' in Syria

IS has carrie­d out execut­ions of those it accuse­s of spying or diverg­ing from its harsh interp­retati­on of Islam
By AFP
Published: October 18, 2014
Tweet Email 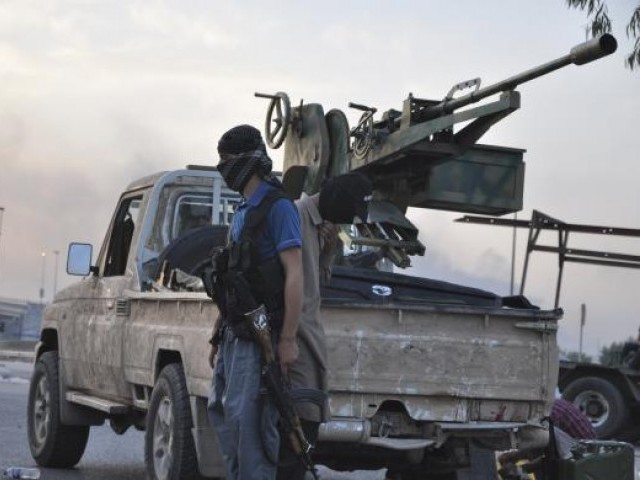 A file photo of members of the Islamic State. PHOTO: REUTERS

BEIRUT: Islamic State group militants have executed a man in northern Syria they accused of filming their headquarters and displayed his body on a cross, a monitoring group said on Saturday.

The man was put to death in the Aleppo province town of al Bab on Thursday, the Syrian Observatory for Human Rights said.

His body was then strapped to a makeshift metal cross and hung with a sign reading “Abdullah al Bushi. Crime: filming Islamic State headquarters for 500 Turkish lira ($222) per video,” the Britain-based group said, citing witnesses on the ground.

“Judgement: execution and crucifixion for three days,” the sign hung around the man’s neck added.

IS has carried out repeated executions of those it accuses of spying or diverging from its harsh interpretation of Islam.

It has publicly beheaded suspects and hung their bodies from crosses in its own version of crucifixions.

Two IS fighters, one just 15, were, meanwhile, themselves executed after being taken prisoner during fighting around the battleground town of Kobane by Arab allies of its Kurdish defenders, the Observatory said.

Members of the Liwa Thuwar al Raqa rebel group carried out the executions in an area west of Kobane, which IS has been trying to seize for more than three weeks.

The prisoners were shot in the head from behind, then their bodies riddled with gunfire, said the Britain-based Observatory, which has a wide network of sources inside Syria.

TV adaptation of Ebola pandemic may hit the floors