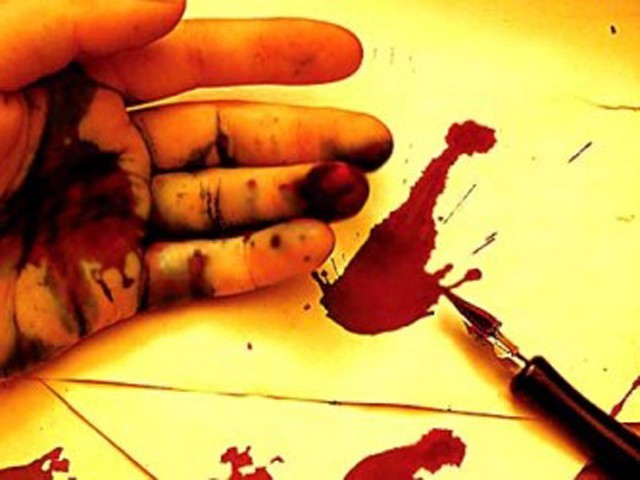 Pakistan is among the countries considered the most dangerous for journalists to work in. PHOTO: STOCK IMAGE

Leader of the Opposition in the National Assembly Khursheed Shah has written a letter to the prime minister, urging him to address the issue of compensation for families of those who lost their lives in the line of duty in Balochistan.

Shah on Friday wrote to Prime Minister Nawaz Sharif asking him to announce a special package for the families of the journalists – many of whom have been assassinated in Balochistan. Along with the letter, Shah enclosed a list of journalists killed over the past eight years.

Pakistan is among the countries considered the most dangerous for journalists to work in, especially the militancy-hit provinces of Balochistan and Khyber-Pakhtunkhwa (K-P).

“During a visit to Quetta on Saturday October 11, 2014, a delegation of journalists headed by Saleem Shahid had a meeting with me. During the meeting, the matter regarding compensation to Balochistan-based journalists killed in target killings was also discussed,” Shah wrote in the letter addressed to the premier which was made available to the media.

“The deceased family deserves to be helped out because journalists perform their duties in a very risky and dangerous atmosphere and the services rendered by them need to be acknowledged,” the letter further reads.