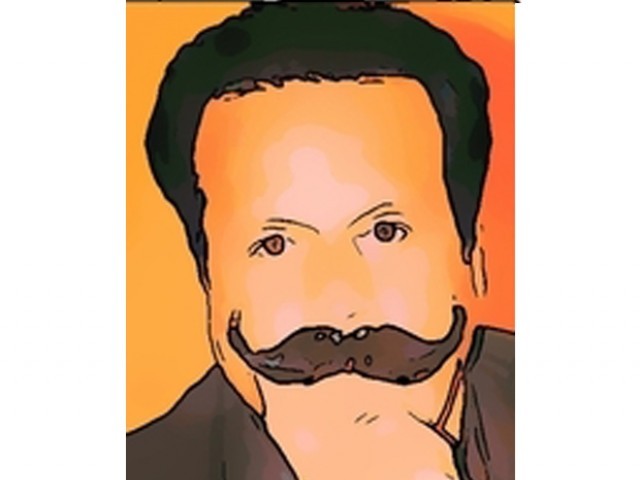 The seasonal popular characters are hot items that add to profits.

It was the second time around when they managed to create the perfect mould for the head of the doll. “He was a little to fair the first time around, Gullu Butt cannot be of this complexion,” the mother-daughter duo chuckled as they spoke about their latest addition to the doll family.

Fauzia Naheed has been in the business of creating puppets and dolls for the past thirty years. She along with her teenage daughter Ambreen Fatima has won awards at various occasions.

She assertively displays her first ever doll created and explains how the wool stuffed doll was made with such an effort back in the day when the features of the doll had to be hand embroidered.  “As time went by, I evolved as a creator and so did my dolls,” explained Naheed.

While her traditional dolls make sufficient sales, the seasonal popular characters are hot items that add to profits. A regular exhibitor at Lok Virsa for more than a decade, Naheed said years ago at the time when Indian commercial dramas were an obsession, she made doll impressions of a few identifiable characters that surprised her clients and were a hit.

This year we decided to add a doll that was making headlines. The medium-sized doll with the signature ‘Afro and moustache, Butt doll is dressed in khaki pants and white shirt and a baton is stitched to both the hands.  “He cannot be mistaken with any other character” said Fatima with a smile. When asked the price of the doll, Naheed said that there was no price tag. “Anyone can pay anything for it. It’s for a noble cause. The money generated from sales today will be given to the IDPs,” she said.

Like Naheed, close to fifty artisans and performing artists from across the country are exhibiting their unique craftsmanship and art at the seven-day event. The profits generated from sales will be given to the internally-displaced persons.

Mohammad Younis, 32, from Khushab is physically challenged. He travels miles each year to participate in events to earn his livelihood. Displaying miniature wooden toys and home decoration embellished with traditional truck art, Younis said that this time, all his profit was going towards the IDPs. “We make sales all year around. If just this one, I can contribute in improving someone else’s life, then why not”.

The main feature of the IDPs Relief Mela, organised by Lok Virsa include artisans-at-work exhibition, folkloric song and dance ensembles, performances by folk musicians, traditional cuisines, display by public sector organisations and NGOs, craft bazaar and many other attractions.

Lok Virsa Executive Director Shahera Shahid was eager to help the IDPs, displaced due to the ongoing military operation in North Waziristan. The proceeds of the mela will be sent to the IDPs through relevant governmental channel, she said.