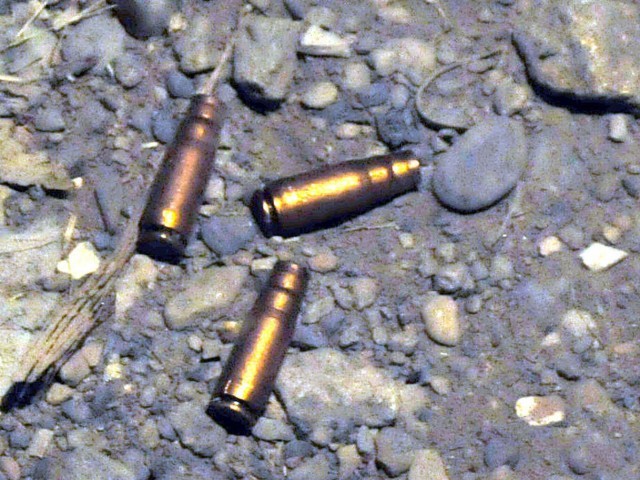 Tahir Malik was riding a motorcyle with his brother, Waheed, through Defence in Lahore distributing meat among relatives when they crossed paths with the motorcade of Abdul Qadir Gilani, Yousaf Raza Gilani’s son. They exchanged hot words with one of the guards in Gilani’s motorcade following which one of the guards shot Tahir.

As a result, Tahir died on the spot.

Following the incident, family of the deceased boy, who was a B-Com graduate, reached the area and demanded that the police initiate legal action against Abdul Qadir Gilani and his guards.

After initial investigation, Defence A Police Station registered a case against Abdul Qadir Gilani and five guards on charges of killing of the motorcylist. FIR 918/14 was lodged under section 302 PPC, section 7 of Anti Terrorist Act and 109 (abetment) on the complaint of Tahir’s father.

After registering the FIR, police officials went to Gilani’s residence in Y-Block. Officials said that they could neither find the murder weapon nor Abdul Qadir Gilani.

DIG Operations Dr Haider Ashraf told The Express Tribune that SP CIA Umer Virk had been tasked to locate the former premier’s son by tracking his mobile phone. He added that police had acted according to law and registered an FIR. “We are trying to arrest the culprit.”

Virk told the media that they had apprehended Gilani’s guard Muhammad Khan and have impounded his gun and the car he was travelling in.

On the other hand, sources have claimed that the case was registered owing to the intervention of Chief Minister of Punjab Shahbaz Sharif who had taken notice of the incident. The chief minister has also sought a report from CCPO Lahore with directions to initiate actions against all those responsible.

It is pertinent to mention that two years ago, Abdul Qadir Gilani’s younger brother had been abducted from Multan and is yet to be recovered.