The singer­s who are also a part of Coke Studio 7 have previo­usly collab­orated with each other
Published: October 8, 2014
Tweet Email 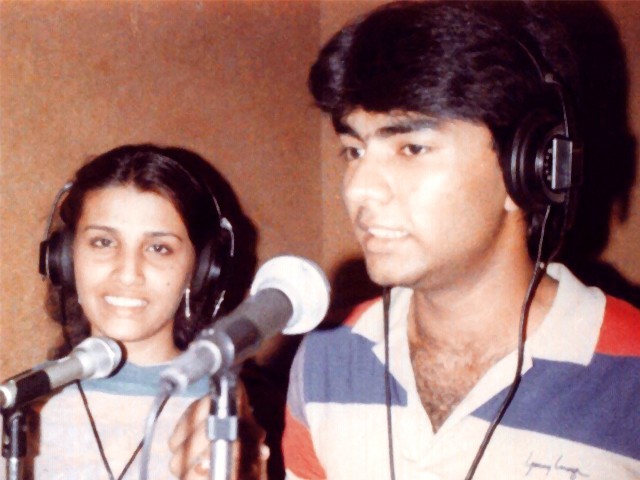 Sajjad Ali and Humera Channa are two heavyweights of the Pakistani music industry that need no introduction. The singers who are also a part of Coke Studio 7 have previously collaborated with each other as this vintage picture shared by Sajjad Ali on his official Facebook pages suggests.

Both of them have had illustrious music careers. Sajjad Ali has released several noteworthy music albums over the year such as Babia 93 and Chief Saab. All of these albums have proven to be game changers in the Pakistani pop music scene. Tracks such as Babia, Chief Saab and Lari Adda received tremendous airplay and have become synonymous with the music of the 1990s.

Ali has gifted us with one hit song after another. He stayed relevant during a time when his contemporaries such as Vital Signs and Junoon and Awaz were also making good music. With a few gaps in between, he consistently carried on and gave new-age pop musicians who arose during the Indus Music days a run for their money with songs such as Sohni Lag Di and Paniyon Mein. He even ventured into film direction with Aik Aur Love Story, starring himself, Nirma and Saleem Sheikh.

Humera Channa, on the other hand is known as one of Pakistan’s most foremost Ghazal and playback singers. She started out as a substitute singer for Naheed Akhtar and later went on to become a reputed singer herself. She has won two Nigar Awards.