Source­s confir­med that the device was plante­d in front of the home of Muhamm­ad Gul, a Union Counci­l Polio Worker­
By Our Correspondent / AFP
Published: October 8, 2014
Tweet Email 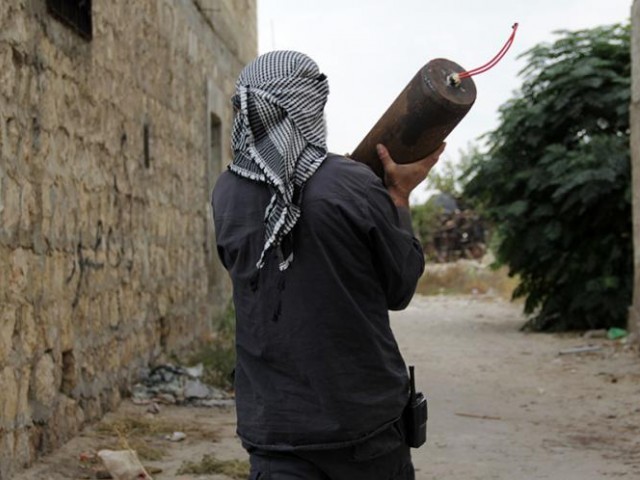 File photo of a man carrying an IED. PHOTO: AFP

Sources confirmed that the device was planted in front of the home of Muhammad Gul, a Union Council Polio Worker (UCPW).

The bomb went off near the house of the polio vaccinator Mohammad Gul who was out walking with his brother, also a polio worker, and his cousin, although it was not clear whether they were specifically targeted.

A local security official also confirmed the bombing and casualties.

Police cordoned off the site of the blast and a search operation is underway. However, no suspect has been arrested yet.

In a separate incident, a Levy official was killed by unidentified gunmen in Ghazi Kor Kandao, Ghallanai. This is the third target killing incident that has taken place in Ghallanai in the past week.

Calls for Afghan gang-rape hangings to be stayed