He has been ordere­d to take charge of the office in the mornin­g
By Web Desk
Published: October 4, 2014
Tweet Email 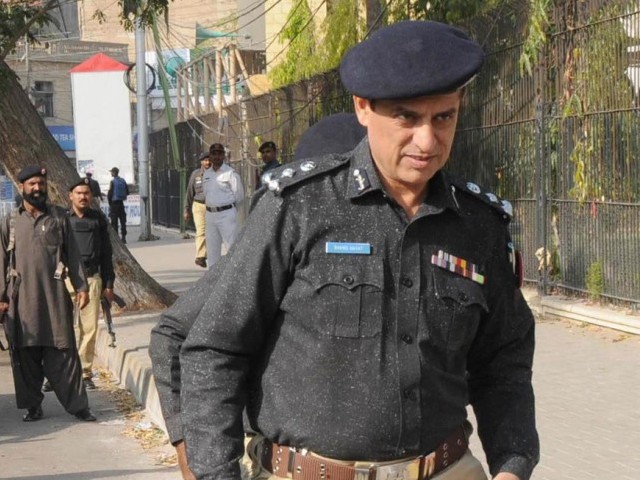 Hayat is one of the officers who had initiated the targeted operation in Karachi. PHOTO: EXPRESS/RASHID AJMERI

He has been ordered to take charge of his new office on Saturday morning.

The decision to appoint Hayat came after the PPP chairman Bilawal Bhutto Zardari asked the Sindh government to appoint an honest officer on the post to continue the work of slain SP CID Chaudhry Aslam.

Hayat had previously been removed from the post of AIG after a Supreme Court decision termed him in-eligible for the post since he had been appointed to a Grade-21 post despite being an officer of Grade-20.

Hayat is one of the officers who had initiated the targeted operation in Karachi and is expected dive into it again once he takes charge of DIG CID.