Zakaul­lah will be in comman­d for the next three years
By Irfan Ghauri
Published: October 3, 2014
Tweet Email 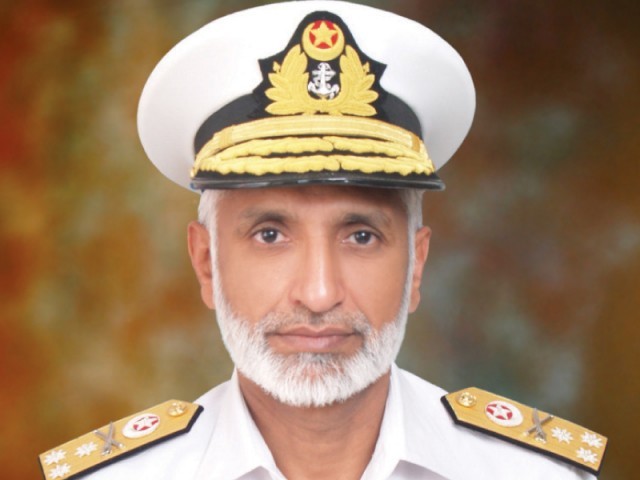 President Mamnoon Hussain, who is also the supreme commander of armed forces of the country, on Thursday approved Zakaullah’s promotion as four-star admiral and appointed him the new Chief of Naval Staff. He will take charge of the office on October 7, the day outgoing Naval Chief Muhammad Asif Sandila will retire.

Zakaullah was among the three other three star vice admirals of the Pakistan Navy whose names were being considered for the top slot.

The newly promoted admiral will command the navy for the next three years.

In a ceremony scheduled to take place at PNS Zafar Naval Complex in the federal capital on October 7, the outgoing naval chief will hand over the command of Pakistan Navy to the new chief.