Zulqar­nain Haider has done what any sensib­le person would have done in his situat­ion.
By Aamer Ahmed Khan
Published: November 13, 2010
Tweet Email 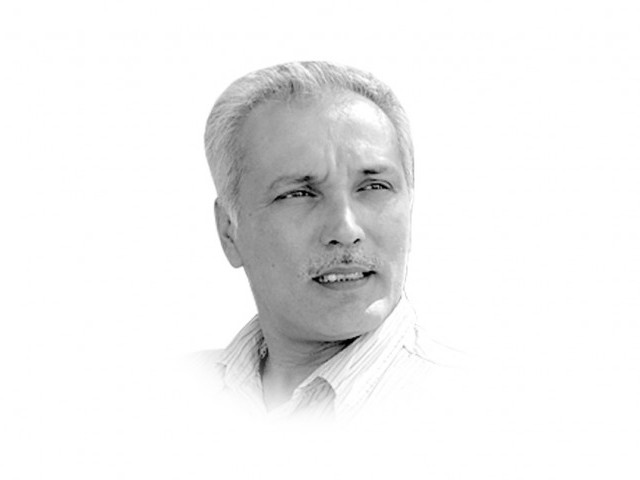 The writer is head of the BBC Urdu Service aamer.khan@tribune.com.pk

When something is not fair, we say it just ain’t cricket. In the case of Pakistan, though, shall we say it ain’t just cricket? Give it a think.

There are nine Test-playing nations in the world. Even if we restrict ourselves to just 11 players per team and not count the choices and backups, we are talking about 99 Test-level players. And if you analyse the performance of these players, at least one-third of them could rank as potential match-winners.

How come it is always a bunch of Pakistanis that find themselves at the sharp end of the global betting mafia?

Maybe our track record in punishing offenders, or more widely, our attitude towards crime is to be blamed. Here are a few examples.

A military leader revolts against an elected government, a crime punishable by death in the country’s constitution. What happens? Not only does he manage to rule the country for nearly a decade, he then makes a clean exit, sets up base in one of the most expensive cities in the world and is now threatening to take up politics full-time.

A banker is brought into Pakistan by a military leader and made the country’s prime minister. For the next few years, he presides over every imaginable scandal from the as yet unexplained stock market crash to chronic shortages of food stuff to questionable transactions involving national assets. What happens to him? Nothing. In fact, we don’t even know where he is anymore.

A military dictator uses the national air force to assassinate a political figure from the country’s poorest province. What happens? The former dictator proudly says that given another go, he would do the same again.

Thousands of people, mostly from Balochistan, simply disappear. Everyone including the country’s Supreme Court blames national intelligence agencies for their disappearance. What happens? Please ask the relatives of the victims.

The country’s most popular political leader is assassinated. Before she is taken out, she names four people who could be plotting against her. The case is investigated by no less an agency than the UN. What happens? Almost three years down the road, we don’t even know the four names.

Police actively assists a band of bloodthirsty lunatics in publicly lynching two brothers, every moment of their dastardly act recorded and broadcasted thousands of times locally and internationally. What happens? Nothing so far, as far as we know.

The outrage from several Pakistani officials at Zulqarnain Haider’s decision to drop everything and run would have been laughable had it not been so sad. He is a 24-year-old boy with his whole life including at least a decade of international cricket ahead of him.

But he had to forget everything and run for his life simply because his torturers know that when it comes to Pakistan, you can get away with murder, literally.

When criticising him for being a ‘coward’, do we honestly expect him to forget that even a formal judicial commission could not bring the match fixers in Pakistan cricket to heel? Do we really expect him to ignore the fact that Pakistan is least interested in concluding the tragic saga of Amir, Asif and Butt — suspended by the ICC from international cricket since Pakistan’s recent tour of England?

Since Pakistan’s fateful tour of India in 1979, there has always been an odd individual brave, or foolish enough to bring to light problems with Pakistan cricket. And it has always been this maverick who has suffered, never the offenders.

Haider has done what any sensible person would have done in his situation.