Three others killed in separa­te incide­nts in the city
By Shezad Baloch
Published: October 1, 2014
Tweet Email 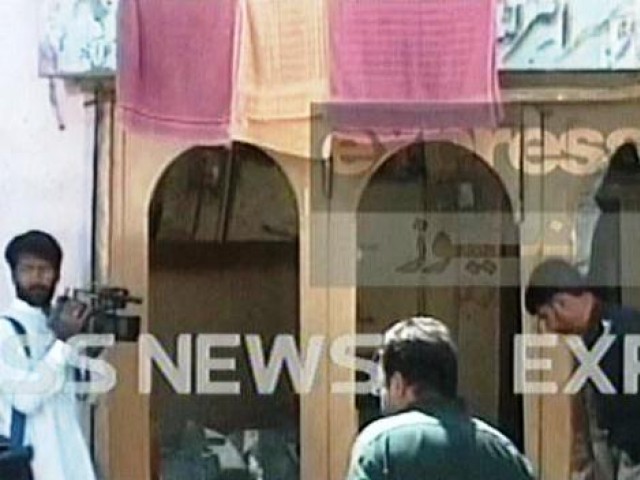 QUETTA: At least three people were killed and 12 wounded on Wednesday after a barber shop was attacked with a hand grenade in Langoabad area on Quetta’s Double Road.

Police and security forces rushed to the site, while rescue workers transported the dead and wounded to Provincial Sandeman Hospital in Quetta. One of the deceased was identified as Ghulam Shabir.

“The victims have splinter and bullet wounds,” medics at the hospital said. Two of the injured are in critical condition.

Police suspect this could be a targeted attack on settlers in Quetta. “Police are investigating the incident; I am at the hospital and recording statement of victims,” SHO Industrial Town Shaukat told The Express Tribune.

The unidentified assailants opened fire and hurled a hand grenade before escaping on a motorbike, he added. Police have cordoned off the area after the incident.

No one claimed responsibility for the attack till the filing of this report.

In a separate incident, one person was killed as a photographer’s shop was attacked with a hand grenade on Sariab Road.

A woman and a child were killed in a domestic dispute on Joint Road, Quetta as well.