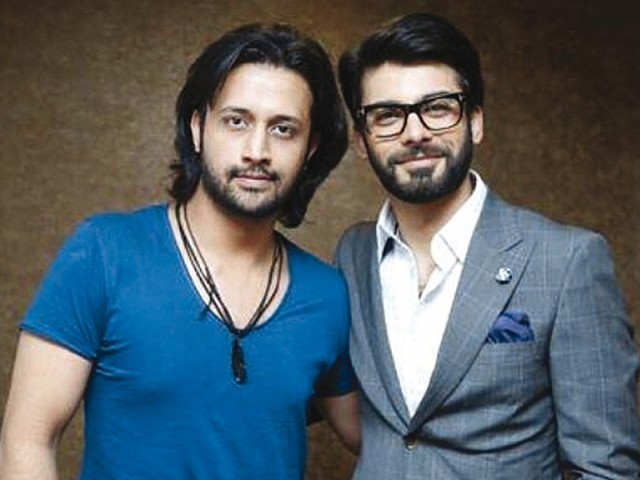 It’s always heartening to see two Pakistani heartthrobs in the same frame. Actor-singer Fawad Khan took to Instagram to share this photograph of himself and singer Atif Aslam and captioned it: “With the talented and versatile Atif Aslam.”

The two were spotted together at the special screening of Fawad’s Bollywood debut film Khoobsurat in Lahore.

It’s interesting that both Fawad and Atif have gained ground across the border with their stints as a singer and actor respectively.

Atif has lent his voice to hit Bollywood tracks in films, including Race (2008) and Ajab Prem Ki Ghazab Kahani (2009).

Fawad’s claim to fame in India has been his role in Pakistani television dramas, such as Zindagi Gulzar Hai (2013).

It’s a proud moment for Pakistanis to see talents like Fawad and Atif standing united and supporting each other’s successes.

Reading the fine print: A policeman’s efforts to encourage research