Petiti­oners argue PM, Nisar had no right to retain office­s as they had lied.
By Our Correspondent
Published: September 23, 2014
Tweet Email 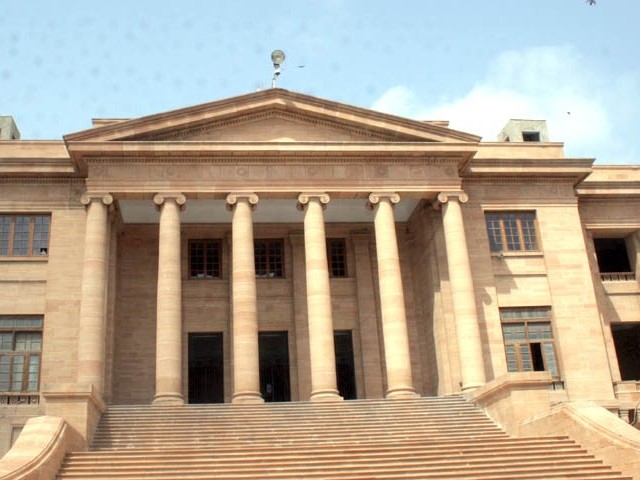 The petitioners argued that the PM and Chaudhry Nisar had no right to retain their offices as they had lied on the assembly's floor and could be disqualified under Article 62 and 63 of the Constitution.PHOTO: EXPRESS

KARACHI: The Sindh High Court (SHC) was informed on Monday by Additional Attorney General Salman Talibuddin that the federal government wanted to file objections to two constitutional petitions, which have sought disqualification of Prime Minister Nawaz Sharif and Interior Minister Chaudhry Nisar for allegedly lying on the National Assembly’s floor.

The bench, headed by Justice Aqeel Ahmed Abbasi, directed Talibuddin and the provincial advocate-general, Muhammad Sarwar Khan, to file objections and comments, explaining if any petition involving similar controversy was pending before the Supreme Court or not, by September 30.

The bench was hearing two separate petitions filed by Maulvi Iqbal Haider and Maqsood Ahmed, who had sought to disqualify the premier and interior minister for allegedly lying during a recent session of the parliament.

The secretaries of the law ministries, the premier, the interior minister, the director-general of Inter-Services Public Relations, the secretary interior, the deputy commissioner Islamabad and IG Islamabad police were named as respondents in the case. The petitioners claimed that the PM Nawaz Sharif had met the Chief of the Army Staff (COAS) General Raheel Sharif to intervene in the political crisis in order to resolve it. However, when the question regarding the COAS’s intervention was raised in the parliament, he denied asking General Raheel Sharif to mediate.

The petitioners argued that the PM and Chaudhry Nisar had no right to retain their offices as they had lied on the assembly’s floor and could be disqualified under Article 62 and 63 of the Constitution.

Fighting the virus: Polio teams to use injections instead of drops after Eid