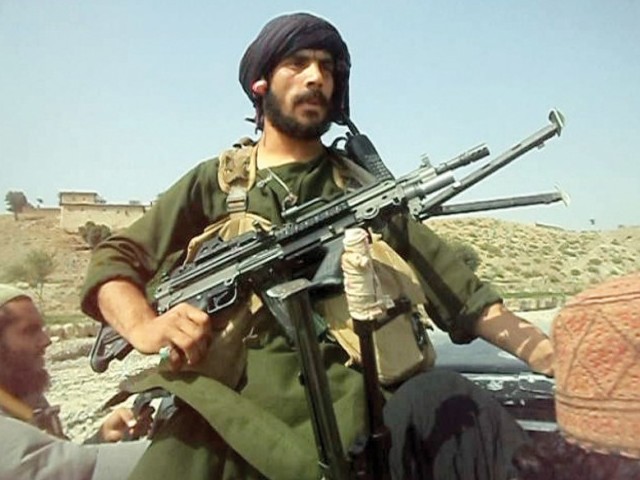 The Tehreek-e-Taliban Pakistan confirmed on Saturday the death of one of their key commanders in clashes with security forces in a volatile area of North Waziristan Agency where the military claim to have killed at least 17 suspected terrorists in air strikes and gunfight.

There has been an uptick in air raids in North Waziristan where a massive military offensive, codenamed Operation Zarb-e-Azb, was launched on June 15. According to an official tally, 1,074 terrorists have been killed in the operation thus far. Large swathes of the region, once known as a safe haven for Taliban and al Qaeda militants, have been cleared by the military.

On Saturday, fighter jets bombed the hideouts of terrorists near Ghulam Khan area on the border with Afghanistan. “Three hideouts and four explosives-laden vehicles were destroyed in the Ghorshtai area by the Army Aviation,” the military’s media wing, the Inter Services Public Relations (ISPR), said in a statement.

The statement came a day after the chief military spokesperson said that the troops were closing in on terrorists holed up near Datta Khel. “Many terrorists hiding beyond Datta Khel, are in [the] crosshair now. Effectively targeted by own air and aviation.

Three more terrorists and a non-commissioned officer were killed in a clash triggered by a clearance operation near the Boya area. “Three terrorists were killed and Naib Subedar Muzammil embraced shahadat in the exchange of fire with terrorists in an area five kilometres southeast of Boya,”the ISPR said.

On the other hand, the Taliban spokesperson said that a senior commander of the group, Gul Hasan Afghani, was killed in clashes with the security forces in North Waziristan.

“The Tehreek-e-Taliban Pakistan conveys good news to the Muslims in Pakistan and Afghanistan that Commander Hasan was martyred in clashes with the Pakistan Army in the Boya area of North Waziristan two days ago,” Shahidullah Shahid said in a statement on Saturday.

Commander Hasan, who belonged to Kabul city and was released from an Afghan jail some time ago, had been actively involved in fighting along with other colleagues, Shahid added. The clashes were sparked by a joint raid by the TTP, Mehsud faction and local Taliban on the security forces.

“The Taliban fighters captured some areas during the raid and seized arms and other equipment,” the TTP spokesperson said. The claim could not be verified independently as the area is inaccessible to journalists. The Taliban usually exaggerate their attacks on the security forces.

The TTP also released photographs of the funeral prayers of the slain commander which were led by the group’s chief, Mullah Fazlullah, at an undisclosed location.

The TTP spokesperson also denied the successes claimed by the military in Operation Zarb-e-Azb, calling it a ‘failure’.  “The Taliban central command system is fully secure and active and is successfully attacking key targets of Pakistan Army,” Shahid claimed. He further claimed that dozens of the TTP detainees have been killed in fake encounters in Karachi.