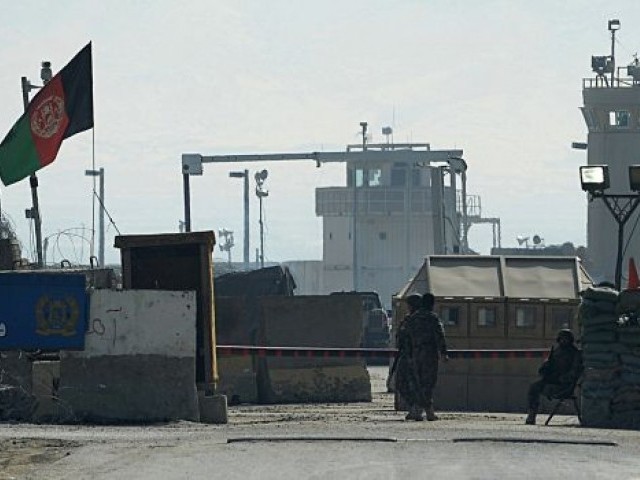 It is the second group of Pakistani prisoners released from US custody. PHOTO: AFP

The United States has released 14 Pakistani prisoners from Bagram prison in Afghanistan, the foreign ministry confirmed on Saturday.

“Yes”, was a brief reply from foreign ministry spokesperson Tasnim Aslam when she was approached by The Express Tribune to confirm the reports about the release of prisoners.

Earlier reports suggested that the freed Pakistani prisoners were handed over to officials at Noor Khan Airbase, Chaklala, after they were airlifted from the Bagram airbase.

It is the second group of Pakistani prisoners released from US custody over a period of one month. Nine Pakistani nationals were freed from Bagram in August.

However, the released prisoners have yet to reunite with their families, according to a legal aid group. The Justice Project Pakistan (JPP), which has been representing the families of Bagram prisoners since 2010, said the families have not been given any information about the release.

“We have heard that the foreign ministry has confirmed the release of more prisoners but neither their families nor we have been informed about the development,” JPP spokesman Shahab Siddiqi said. He added that the families of the last group of freed Pakistanis still do not have any information about the whereabouts.

A government list of inmates says that 15 Pakistanis were left at Bagram after last month’s release of the nine prisoners, which means that now only one prisoner is left there.

However, the foreign ministry spokesperson did not confirm the number of prisoners still languishing at Bagram. “Information is not readily available,” the spokesperson told The Express Tribune in a text message.

To dam or not to dam? Experts ponder flood strategy