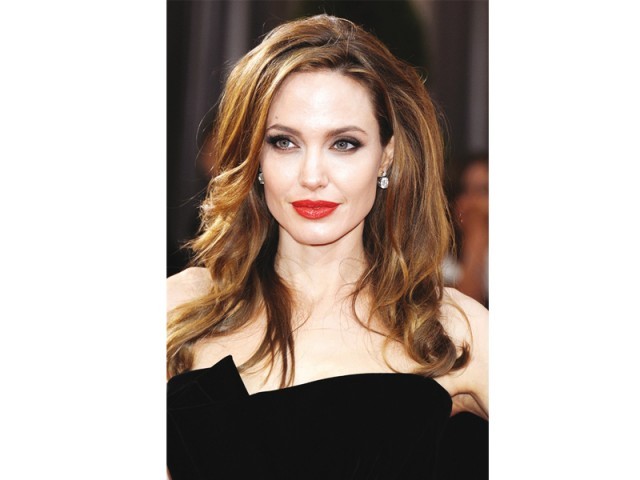 Jolie has played a critical role in salvaging the dwindling number of elephants in Africa. PHOTO: FILE

Actor-filmmaker Angelina Jolie shares a longstanding relationship with Africa. Given her decades of humanitarian work in and knowhow of the region, Jolie has been hired to direct a feature film titled Africa. The film centralises paleoanthropologist and conservationist Richard Leakey and his campaign against ivory poachers that threaten Africa’s elephants, reported Reuters.

“I’ve felt a deep connection to Africa and its culture for much of my life,” commented Jolie. What is her fourth directorial effort, the film will be produced by Skydance Productions, the company behind recent Terminator and Mission: Impossible films. Skydance chief executive David Ellison stated, “The film is very close to my heart and I know that it will exceed my expectations in Angelina’s hands.”

Interestingly, Jolie, herself, has played a critical role in salvaging the dwindling number of elephants in Africa, among other animal species. In an attempt to reconnect her adopted son, Maddox, with his Cambodian heritage, she purchased a house for him in his country of origin. The property, spanning 39 hectares, lay adjacent to a national park where poachers posed great risk to animals in imperilled populations, including elephants, according to microgiving.com.

To address the issue, Jolie bought the surrounding 60,000 hectares, which she turned into a wildlife reserve titled Maddox Jolie Project. Later renamed to Maddox Jolie-Pitt Project, the venture provided job opportunities to thousands of Africans, with some former poachers hired as rangers.

Commenting on Leakey’s emergence from the violent conflict with elephant poachers, Jolie said he has developed a “deeper understanding of man’s footprint and a profound sense of responsibility for the world around him.”