The four-day-long event showca­sed more than 40 films made by the town’s youth.
By Hasan Ansari
Published: September 21, 2014
Tweet Email 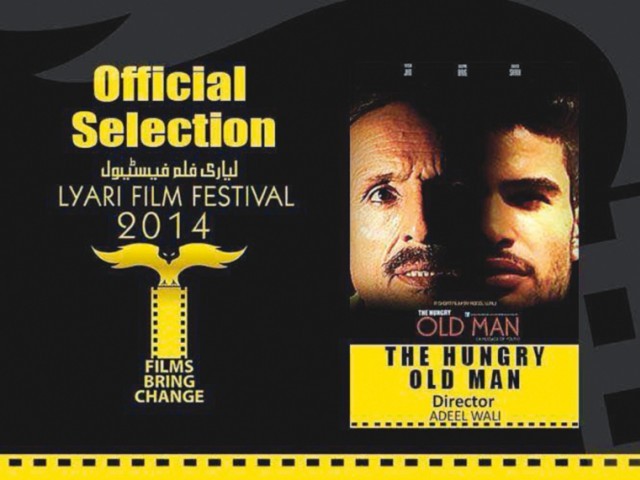 Veteran actor Nadeem Baig lauded the aspiring filmmakers and said that the quality work being done by them will put Pakistani cinema back on the map. PHOTOS: PUBLICITY

In a town often marred by violence, the Nosach Films Academy recently organised the first edition of the Lyari Film Festival (LFF) in collaboration with the Women Development Foundation Pakistan (WDFP) and the Karachi Youth Initiative (KYI).

The four-day-long event, which began on September 17, was aimed at training the youth of Lyari in the craft of filmmaking. More than 40 short films were screened at the festival, most of which were produced by Lyari residents themselves. LFF saw a good turnout on all four days, as people from different walks of life showed up for the screenings. “One of my friends screened his film on the third day and I was very excited about it,” said Owais, a student of Mass Communication at a university in Karachi. “I would go out of the way to support any good cause coming out of Lyari, especially if it’s promoting arts and culture,” he added.

The driving force behind the event was students and faculty members of the Nosach Films Academy, which was established in 2010 with the support of KYI to provide the youth of Lyari training in filmmaking. The final part of their training required them to either submit a short film, feature film or documentary, which, if selected, would be showcased at the festival along with other submissions. Among the films that have been screened at the festival are Jalebi (not the upcoming feature film), Sheermaal, Wheels and 2×1=2.

Notable celebrities, including silver-screen legends Mustafa Qureshi and Nadeem Baig, graced the event with their presence. Qureshi, who was the guest of honour on the opening day of the festival, spoke about the Pakistani film industry. Lamenting over how Pakistani cinema has suffered during the last few decades, he encouraged budding filmmakers to take initiative and make films in all languages and on diverse topics.

“Upcoming filmmakers should make films exploring new themes and topics. I encourage them to make films in different languages such as Balochi and on topics such as Lyari,” said the acting virtuoso, who is known for his stints as a villain. “We need people who can tell our own stories because, eventually, they will shape our identity on a global front.”

Qureshi commended the efforts of the organisers and was full of praise for the people of Lyari, referring to them as “treasures we never made use of.” Baig lauded the aspiring filmmakers, stating, “It is heartening to see such quality work being done as these youngsters are the next generation of filmmakers who will put Pakistani cinema back on the map.”

Ahsan Shah, a graduate of the Nosach Films Academy, whose documentary Wheels and short film Azmaan were screened on the opening day of the festival, commented on the obstacles he faced during the process of filmmaking. “The people of Lyari are full of ideas and full of talent, but there is a serious lack of equipment and resources. Despite that, we are producing quality content,” he said, adding,“My request to people is that don’t give us resources, give us a platform and we will prove our mettle.”