PTI will be the major party from Sindh in next electi­ons, he claims.
Published: September 19, 2014
Tweet Email 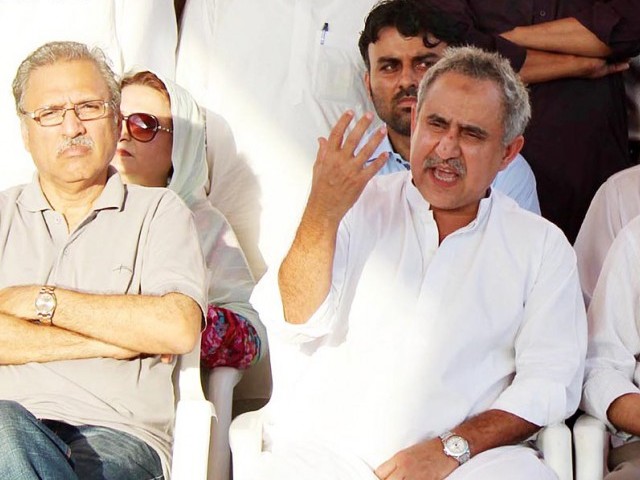 KARACHI: The Pakistan Tehreek-e-Insaf (PTI) said on Thursday that a division of Sindh would not be acceptable at any cost.

“As a Sindhi, I condemn any talk of dividing Sindh,” said PTI Sindh president Nadir Akmal Khan Leghari at a press conference at Palwal House, the residence of a senior PTI leader.

The party leader announced that PTI chief Imran Khan will be coming to Karachi on Sunday afternoon to address a sit-in near the Mazar-e-Quaid and would fly back to Islamabad the same night. He said that it had been a long time since Imran had interacted with the people of Karachi, and he was coming to meet them and express his gratitutde for their support.

Leghari asserted that had elections been free and fair in Karachi, PTI would have emerged as the biggest party, with the highest number of seats and votes in the metropolis. “In the next general elections, PTI will be the major party from Sindh,” he declared.

Referring to the recent incident where PIA passengers had forced Pakistan Peoples Party’s Rehman Malik and Pakistan Muslim League-Nawaz’s Ramesh Kumar off the plane, Leghari said that the PTI had exposed the VIP culture of Pakistani society and called for an end to this culture.

“Target killings have been prevalent in Karachi for years,” he said, moving on to the law and order situation in the city. “The law enforcement agencies know who these killers are, but they are not arrested and roam around freely instead.”

Leghari claimed that unlike the Punjab police, the Sindh police had been actively participating in PTI’s sit-ins in Karachi.