Wish to do roles like 3 Idiots and Munna Bhai: Fawad Khan

Wish to do roles like 3 Idiots and Munna Bhai: Fawad Khan

Actor-singer says he is open to lendin­g his voice to songs follow­ing his Bollyw­ood debut Khoobs­urat.
By IANS
Published: September 17, 2014
Tweet Email 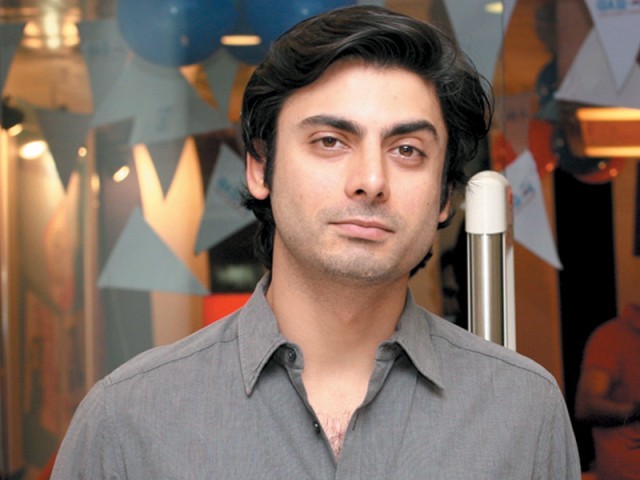 Khoobsurat, which releases this Friday, depicts Fawad as a serious, ‘no nonsense’ kind of guy. PHOTO COURTESY BILAL MUKHTAR AND EVENTS

NEW DELHI: Actor Fawad Khan, one of the most sought-after actors in Pakistan, has been gaining ground across the border with his upcoming film Khoobsurat. Having tried his hand at diverse roles in television serials such as Humsafar (2011) and film Khuda Kay Liye (2007), Fawad’s career graph has seen multiple hits. After featuring as royalty in the Sonam Kapoor-starrer Khoobsurat, he now wishes to opt for films such as 3 Idiots and the Munna Bhai franchise.

Fawad, who is used to playing serious characters on the screen, wants to explore roles that are different and said he wouldn’t mind delving into mainstream roles post Khoobsurat. “I would want to do roles that are well-rounded and mainstream. 3 Idiots and the Munna Bhai series are a few examples of mainstream films and I would like to do such roles,” said the musician-turned-actor.

“I want to crossover completely and do versatile roles,” said Fawad, who enjoys a huge fanbase in India, especially due to his stints in Pakistani dramas, which are now being televised there. Fawad’s mantra to success is to ensure perfection in whatever character he is entrusted to play. “All my roles have had some kind of flaws. I have never gotten the opportunity to play a perfect role, but I try and ensure that I play all the imperfect roles perfectly and make them better,” he shared.

In the much-awaited Khoobsurat, Fawad plays Vikram Singh Rathod, a serious ‘no nonsense’ kind of guy. Releasing this Friday, the film is said to be loosely based on the 1980 film of the same name, which starred Rekha and Rakesh Roshan. He cleared the air regarding how the film, despite sharing similarities with its namesake film released in 1980, is not a remake.

Commenting on whether he shares similarities with his character Vikram, he said, “I am not at all a boring and quiet person in real life as is the character I portray in the film.” When asked how he prepared for the role, he credited ace designer Raghavendra Rathore with shaping his look and style in the film. For his role, Fawad drew inspiration from Raghavendra, who has royal lineage. “My clothes in the film were made by him. So, I used to observe him whenever he used to come. Noticing his mannerism, royalty, and the way he talks to people helped me a lot,” he commented.

The former frontman of metal band Entity Paradigm (eP) revealed that he is open to collaborating with Indian composers and filmmakers on the music front as well. “I was initially asked to sing a song in Khoobsurat, but I declined. However, in the future, I wouldn’t mind doing it,” he said.

Fit & Fabulous: Because your lawn is worth it