Energy solutions: LNG import a game changer, to save $2.5b in oil imports

Energy solutions: LNG import a game changer, to save $2.5b in oil imports 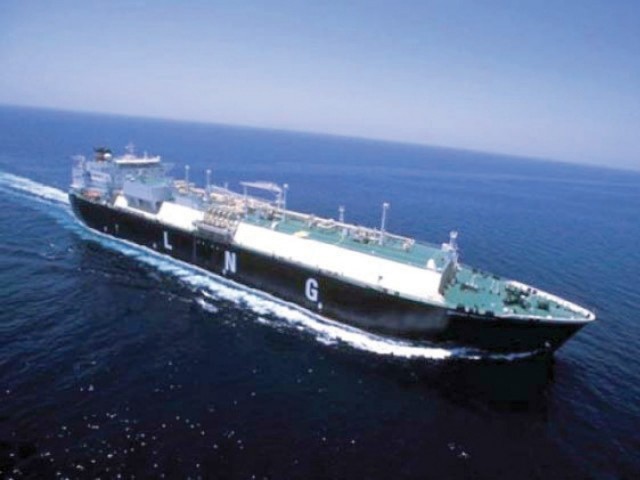 LNG price would depend on market forces and the Oil and Gas Regulatory Authority (Ogra) has no role in that regard. PHOTO: STOCK IMAGE

Federal Minister for Petroleum and Natural Resources Shahid Khaqan Abbasi has said that consumption of liquefied natural gas (LNG) in the compressed natural gas (CNG) industry will prove to be a game changer as it will save $2.5 billion per annum in oil imports and ensure employment to about one million people.

“Gas supply to CNG stations will be for seven days a week and CNG will be 30% to 35% cheaper than petrol,” he said, stressing Pakistan had a wide infrastructure network in place for CNG pumps and provision of LNG would lead to consumption of clean energy in the country.

He pointed out that CNG stations had provided jobs to 500,000 to 700,000 people and the number would go up to one million following revival of the industry on the back of LNG injection.

“The private sector will import LNG worth billions of dollars and 250 to 300 mmcfd will be left after its supply to CNG stations. This saved gas will be provided to power or fertiliser plants,” he said.

The private sector would also bear the impact of unaccounted-for-gas (UFG), he added, referring to gas theft and leakage.

The country can transport 500 mmcfd of LNG by using the current transmission infrastructure of gas utilities, but additional infrastructure will be developed to handle more LNG supplies.

The minister made it clear that LNG price would depend on market forces, ruling out any role for the Oil and Gas Regulatory Authority (Ogra) in that regard.

However, he said, it would be 30% to 35% cheaper than petrol and the government would give tax relief to make it affordable for the consumers. It will take 18 months to induct LNG into the CNG industry.

Blaming long marches by two political parties for having a negative impact on foreign investment, he expressed the hope that the issue would be resolved and foreign capital would continue to land in the oil and gas sector.

The long marchers were creating a negative perception about LNG price, which the government had not yet finalised with any party, he said, adding he had written a letter to parliamentary leaders including Sheikh Rasheed, asking them to bring any party with LNG supply offer at a cheaper rate. But nobody has responded.

Abbasi pointed out that construction of an LNG terminal had got under way after past governments failed for five times, adding they were following a transparent process.

All Pakistan CNG Association Chairman Ghayas Paracha claimed that the CNG industry’s worth would jump from Rs450 billion to Rs600 billion after LNG supply to the filling stations.

“The number of CNG-powered vehicles will reach 4.5 million compared to existing 3.7 million and consumers will be able to save Rs12,000 per month in the wake of continuous LNG supply,” he said.