Dukhtar, Mary Kom emerge as harbingers of change for women

Dukhtar, Mary Kom emerge as harbingers of change for women 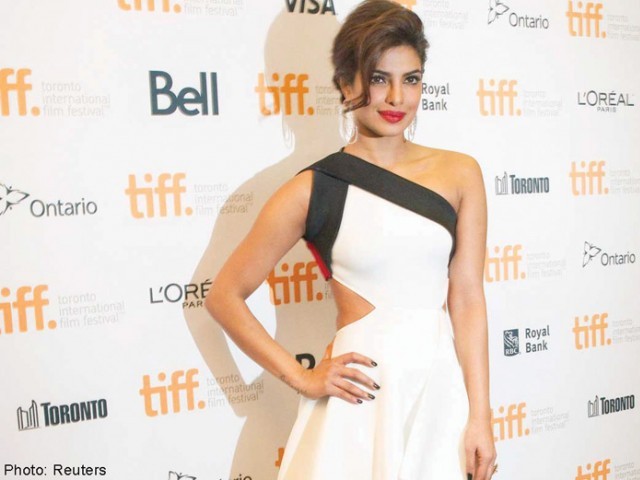 According to Priyanka Chopra, Mary Kom resonates in part because of recent high-profile cases of sexual violence in India. PHOTO: FILE

A trio of films stepped beyond song-and-dance to show South Asian women grappling with male-dominated sport, child marriage and sexual desire of people with disability in their premieres at the Toronto International Film Festival. Upcoming Pakistani film Dukhtar and Priyanka Chopra’s Mary Kom are among the films breaking barriers with their women-centric themes.

While the stories tell vastly different tales, all seek to challenge their home audiences and provoke change. First-time feature film director, Afia Nathaniel struggled to find local financing for Dukhtar (Daughter), a film that revolves around a mother (Samiya Mumtaz) and her 10-year-old daughter (Saleha Arif) who flee their home on the eve of the child’s marriage to a tribal leader. Following which, a deadly hunt for them begins. After years in the funding wilderness, Norway’s Sorfund came on board, helping the film garner additional backers. “Our local film industry is in shambles and financiers want to see masala films with women wearing almost nothing dancing and gyrating on the screen,” said Nathaniel.

Filming in a remote part of the disputed Kashmiri region had to be halted at one point under threat of a fatwa issued by a local religious authority. In Mary Kom, former Miss World Priyanka Chopra plays the real-life title role of a five-time world champion boxer, taking on bullying boys and corrupt officials, while also juggling marriage and motherhood.

Chopra did not use a stunt double for the fight scenes and took on a punishing training regime to give her petite frame an athletic form. She said the film resonates in part because of recent high-profile cases of sexual violence that caught world attention.

“It’s a time where the country is coming together to say ‘We protect our women and we give them rights’ and the women are coming together and saying ‘We’re tough, we’re strong, we’re not going to take this sitting down’,” she said in an interview. The biopic was bankrolled in part by Sanjay Leela Bhansali and has faced criticism in India for overly dramatising the life of a national icon.

For director Shonali Bose, an outburst from her cousin and the death of her teenage son inspired Margarita, With A Straw, a story about a young woman with cerebral palsy who explores her budding sexuality. What Bose expects will shock Indian viewers the film will have a wide domestic release but must first make it past censors.

The character in the film is disabled, which adds another layer to it, said actor Kalki Koechlin. “It’s pushing borders, not just about disability but about the way we think in terms of community and caste in India and how we conveniently place people in different boxes.”

Get the look: Beige and black trumps monochrome