Commun­alism has taken over, and the atmosp­here of secula­rism is, by and large, a memory of the past in Kashmi­r
By Kuldip Nayar
Published: September 14, 2014
Tweet Email 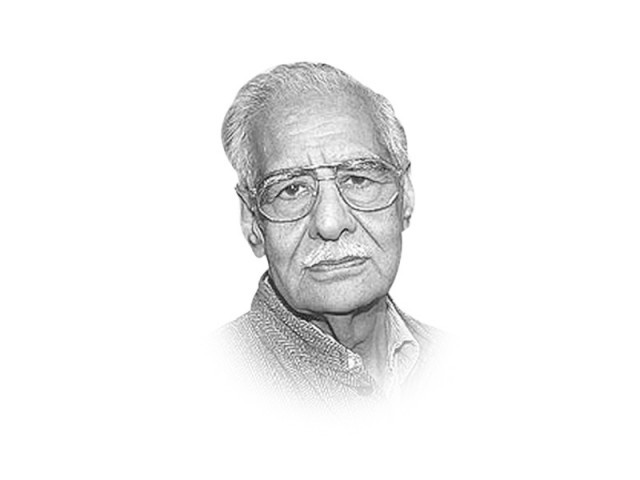 Kashmiri Pundits, like Punjabi Hindus, have no homeland to return to. Both want to go back. But the militancy that ousted them is still strong. On the top it is the local population which has been contaminated by the fundamentalists.

Some Pundits who have returned are unhappy. They find that the atmosphere of secularism is, by and large, a memory of the past. They have the feeling of being strangers at places where they and their forefathers lived happily.

Religious bias has built walls between the communities. The Pundits, who had to leave their homes when the militancy, which hit Kashmir in the mid-1990s, has waned. But the overall situation is not congenial.

True, most of the Pundits live in Jammu and the places around the city. But these are refugee camps, not homes. Jammu and Kashmir Chief Minister Omar Farooq Abdullah has been vainly trying to sort out the matter which is essentially human.

Home Minister Rajnath Singh, a Bharatiya Janata Party (BJP) stalwart, has politicised the issue by asking Omar to give land to the Pundits. Who is Ranjath Singh to do so? He is not serving the cause of the Kashmiri Pundits, they are not outsiders. They are part and parcel of the Kashmiri culture. Their protest against the sufferings is understandable. But that does not mean that the home minister should play politics while taking up their cause.

This is not a Hindu-Muslim question and should not be made into one. All political parties need to initiate steps which will enable the pundits to go back. Most of their property is intact and the rest must be taken back from the people who have occupied it forcibly or otherwise.

I recall the Hurriyat leader, Syed Ali Shah Gillani, vehemently denying that it was a Hindu-Muslim question. At that time, the bug of fundamentalism had not bitten Gillani. He may not have changed his views but he is conspicuous by his silence. He should have re-enunciated his earlier stance: the Kashmiri Pundits are part of our culture and should not be mixed with the general Hindu-Muslims question. Gillani, in fact, told me that he had wrongly stated earlier that the Kashmiri Pundits’ question would be settled with the overall Kashmir dispute.

Rajnath Singh has unnecessarily given an opening to those who argue that Kashmir is an unfinished task of the Partition. They want the state to be divided on religious grounds. They will also try in Pakistan to re-emphasise their contention that the criterion of religion — on the basis of which India was divided — should be extended to Kashmir. Omar’s response to allot the land to Pundits only gives a communal colouring to the problem.

Some extremists have demanded a separate area and security for the Kashmiri Pundits. At present, 30,000 of them are reportedly in Kashmir while their total number is around 400,000. As long as Sheikh Abdullah was dominant in the affairs of Kashmir, he did not allow religion to play any role in politics. He would say that he opposed the state’s integration with Pakistan because Jammu and Kashmir was a secular state. He did not want to join an Islamic country because he preferred pluralism to communalism.

Even during the independence struggle, the Sheikh sided with the Congress instead of the Muslim League which demanded a separate homeland for the Muslims. He paid the price for being critical of New Delhi’s policy of wanting a strong centre. After being detained for 12 years at Kodaikanal in the South, he stayed with then prime minister Jawaharlal Nehru to register that Nehru had realised his mistake of misjudging the Sheikh when he demanded that the centre should only administer three subjects—foreign affairs, defence and communications — as was offered at the time of the Partition.

The Shiekh’s famous statement was that the Kashmiris would not eat the Indian wheat if it meant compromising their autonomous status within the Indian Union. The Sheikh’s faith in secularism was deep although he wondered whether India would stay pluralist in the long run.

Chief Minister Omar Farooq is said to have the same apprehension. His perception is that Prime Minister Narendra Modi is anti-Muslim. It was, however, healthy to see Modi and Omar appearing at the same platform after the prime minister had made an aerial survey of the flood-ravaged state. Modi announced a special relief of Rs10 million and said that it was a national disaster, thus transcending the special status under Article 370.

This may erase the charge that he was anti-Muslim (Kashmir’s population is 80 per cent Muslim). Modi’s gesture towards Pakistan to help the victims in the occupied Kashmir is praiseworthy. This is a thaw of sorts in frozen relationship between the two countries. Pakistan has also made a similar gesture. Both prime ministers must have realised that misery knows no religion or politics.

Understandably, India does not want to talk to Pakistan because Islamabad is dragging its feet on the trial of the militants who attacked Mumbai in the year 2008. The trial is a litmus test of Pakistan’s intention to punish the perpetrators who are currently without any charge. Islamabad’s plea is that New Delhi has not provided enough evidence to its courts to convict the guilty.

Whether the Kashmiris realise it or not, they have lost the services of trained people. The Pundits have gone to other parts of India and have found jobs because of their high qualifications. They are not likely to go back even if the state offers them equivalent jobs. In fact, Kashmir has lost the cream of youth which is technically well equipped to help the state develop economically.

Srinagar should, in fact, make efforts to get the Pundits back because that will give them the secular image which they had enjoyed for decades. Lack of efforts on this front would only alienate the rest of the country where the Kashmiris are gainfully employed.

No short cuts to polio eradication