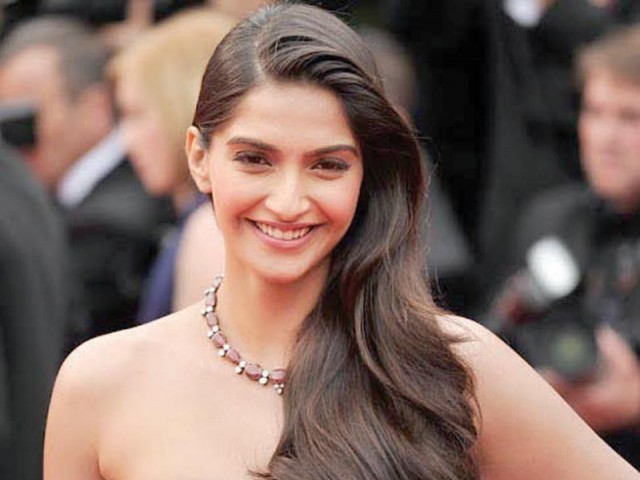 Sonam’s forefathers are from Peshawar and mother’s side of the family hails from Karachi. PHOTO: FILE

MUMBAI: Prior work commitments will keep actor Sonam Kapoor away from the promotions of her forthcoming film Khoobsurat in Pakistan, the home country of her co-star Fawad Khan. She says, however, she would love to visit Pakistan sometime in future.

Despite her absence from the film’s promotions, Sonam plans to make her presence felt.

“I was going to Pakistan (earlier). But [now] I am recording a message and I am doing as many (interviews with) Pakistani media as I can to promote the film,” she said.

However, Sonam is very eager to visit Pakistan. “I really, really want to go. My forefathers are from Peshawar and my mom’s side of the family comes from Karachi. So there is so much of a connection… I am just a second generation Indian,” Sonam said.

Khoobsurat is a remake of the 1980’s Rekha starrer by the same name. Sonam will reprise the role of Rekha as a vivacious, free-spirited young girl whereas Fawad will essay the role of actor Rakesh Roshan from the original version. The film is to be set in a royal era so fans should expect to see Fawad in a regal look.

From a pharoah to a Hollywood star