Both 'Yes' and 'No' camps are scramb­ling to win over the undeci­ded voters who could hold the balanc­e in refere­ndum
By AFP
Published: September 14, 2014
Tweet Email 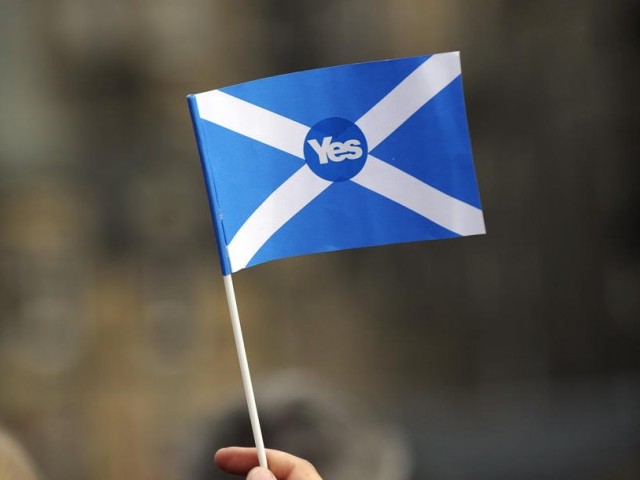 GLASGOW: Campaigners for and against Scottish independence scrambled for votes on Sunday ahead of a historic referendum, as a religious leader prayed for harmony after polls showed Scots were almost evenly split.

The Church of Scotland’s moderator John Chalmers called for Scots to “live in harmony with one another” whatever the result and hailed the feverish run-up to Thursday’s vote as “a wonderful democratic concerto”.

“We cannot afford to lose the momentum and interest in civic life which this campaign has generated,” said Chalmers, moderator of the general assembly of the Church, the largest religious group in Scotland.

The pro-union camp has been far ahead in the polls for many months, but the difference has narrowed in recent weeks and a raft of surveys over the weekend indicated that Thursday’s vote could go either way.

A Survation poll on Saturday showed the “No” camp at 47 percent and the “Yes” at 40.8 percent, with 9.0 percent undecided and 3.2 percent unwilling to say.

An Opinium survey for Sunday’s Observer newspaper put “No” at 47.7 percent and “Yes” at 42.3 percent, with 10 percent not voting or not sure if they would.

An ICM online poll for the Sunday Telegraph placed the pro-independence campaign at 49 percent and the pro-UK at 42 percent with 9.0 percent undecided, but a senior pollster warned the sample size was too small.

“The polls show that the referendum is on a knife-edge. There is everything to play for,” said Blair Jenkins, chief executive of the “Yes Scotland” campaign.

Both sides are scrambling to win over the undecided voters who could hold the balance in the vote.

The “Better Together” campaign has warned of a possible negative economic impact of a pro-independence vote.

The pound has fallen on the financial markets as the polls have narrowed and the shares of Scottish businesses have also lost value on the stock exchange.

Britain’s main political parties have promised to grant Scotland more powers in the event of a “No” vote, arguing this would be the best of both worlds for Scots.

But “Yes Scotland” supporters argue that living standards would improve if Scotland became an independent country and that businesses would benefit from being closer to decision-making.

The pro-independence campaign is planning “A Night for Scotland” concert in Edinburgh on Sunday headlined by Franz Ferdinand, Mogwai and Frightened Rabbit.

A key battleground for the two camps has been Glasgow, Scotland’s biggest city.

“Myself and my wife are both firm ‘No’ voters. We’ve already voted by postal vote. We’re British!” he said.

“I think we’re better off together. Small things don’t normally go very far in the world,” the pensioner added.

As he handed out the mass programme, Tom Grady, 69, said he was still undecided.

“There’s been a lot of debate among my friends. It’s the first thing anyone talks about,” he said.

But at Celtic Park football stadium during a match on Saturday between Glasgow Celtic and Aberdeen, Danny McGee said he had made up his mind for separation.

“Without a shadow of a doubt the working class is for this. We feel we’re up against corporate UK,” the 28-year-old Celtic supporter said at half-time.