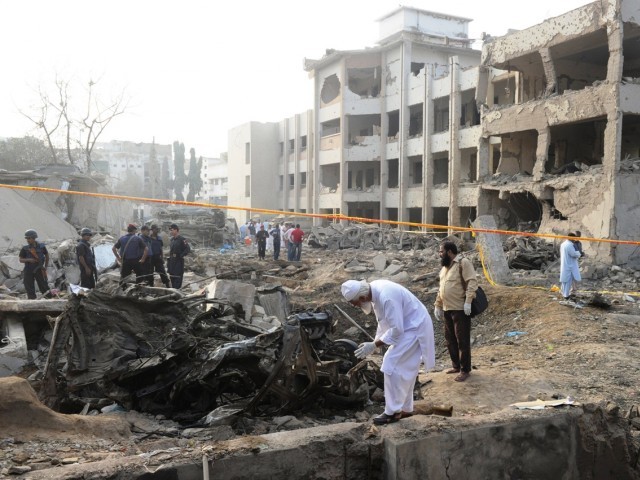 An investigator inspects the wreckage of a vehicle a day after a bomb blast in Karachi on November 12, 2010. PHOTO: AFP

KARACHI: The chassis number of the white Toyota van used in the Karachi bombing was identified on Friday as investigation teams combed the area.

Investigation teams found the white Toyota van used by militants to target the CID building and its chassis number identified.

All evidence has been sent to a forensic lab.

The police have not yet issued any sketches of the terrorists involved in the incident and a case against the incident had not been registered.

The attack on the Sindh police’s main investigation agency, the CID building, near PIDC, on Thursday night killed at least 16 people and injured more than 140.  The Tehreek-i-Taliban Pakistan (TTP) has taken responsibility for the blast.