The 23-year-old was found in good health on the Cox Penins­ula mangro­ve coast
By News Desk
Published: September 10, 2014
Tweet Email 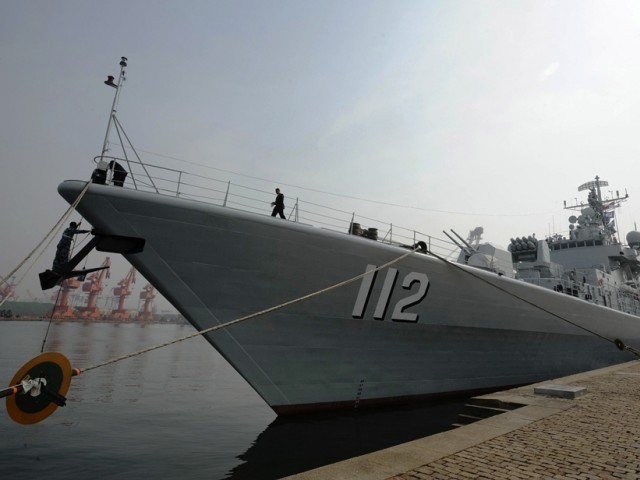 In this file photo, Pakistan naval frigate Shamsher arrives at a military port before a maritime drill during the Western Pacific Naval Symposium in Qingdao, Shandong province, April 20, 2014. PHOTO: AFP

A Pakistani sailor who jumped ship into crocodile-infested waters during war games off the Northern Territory coast was found hiding in a remote shed.

The 23-year-old was found in good health on the Cox Peninsula mangrove coast.

The sailor went missing from naval ship PNS Nasr sometime before 4.30am on Sunday after apparently jumping overboard in the hope of seeking refuge in Australia.

NT police confirmed this morning the man had been found in a shed near Talc Head on Darwin Harbour about 11pm last night. Police said he has been handed over to Immigration officials.

The man had been taking part in Exercise Kakadu. It was anticipated at the time of the sailor’s disappearance that he would face disciplinary action from the Pakistan Navy for “absenting himself from a place of duty”.

Defence adviser to the Pakistan High Commission Brigadier Muhammad Asghar said he could face criminal charges and expulsion from the Navy, if found guilty.