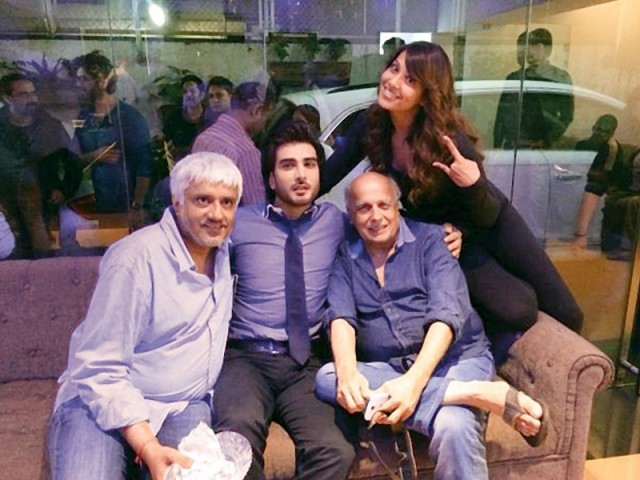 It’s joyful to see Abbas finally putting his step into Bollywood and having a light moment co-star Bipasha and the man behind many Pakistani debuts in Bollywood, Mahesh Bhatt.

At the screening of CREATURE. pic.twitter.com/PC8ipb0aeJ

The movie is directed by renowned Bollywood horror film director Vikram Bhatt. Vikram Bhatt, who is known to incorporate visual effects and technological innovations in his movies, was the first director to have made India’s first stereoscopic 3D film, Haunted — 3D.

Mahesh Bhatt, who has already seen the film raved about the visual effects of the film on the micro blogging website Twitter.

Vikram has used the new technology & created a BAAP of all VILLANS. CREATURE looks more credible than all the works done in Hollywood.

As reported by Daily News and Analysis (DNA), Imran Abbas was initially meant to make his Bollywood debut in the Akshay Kumar-starrer Boss playing his younger brother but was withdrawn from the film at last instance because of some misunderstandings.

Imran who was previously bound by Akshay’s production house in a three film contract had parted ways with the production house on mutual terms, so that he may finally make his much awaited-Bollywood debut.

42 days: shortcut to a long-term solution?