In a state of mourning: Harjeet Singh’s family shattered by his loss

In a state of mourning: Harjeet Singh’s family shattered by his loss

The 30-year-old became anothe­r victim in a line of target­ed Sikhs across K-P.
By Riaz Ahmad
Published: September 8, 2014
Tweet Email 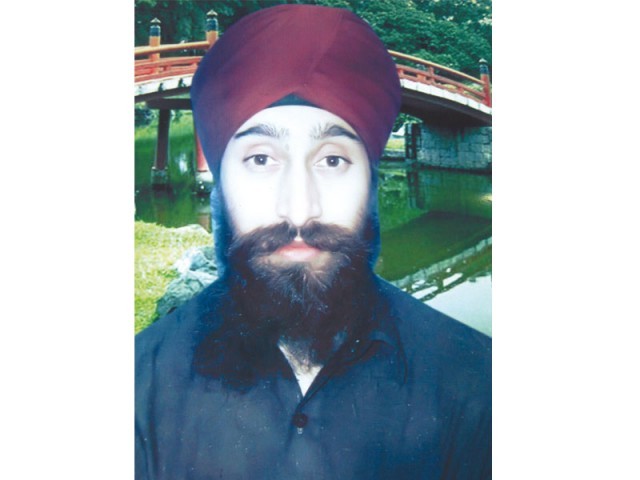 The 30-year-old became another victim in a line of targeted Sikhs across K-P. PHOTO COURTESY: FAMILY

PESHAWAR: At just 30, Harjeet Singh had his whole life ahead of him. He probably dreamt of a better future for his three children. However, all of that ended when yet unidentified armed men, carrying guns with silencers, shot him at the general store he managed along with his father. He ultimately succumbed to his injuries and in all probability will become another unsolved case for the city police.

Harjeet became the fifth member of the religious minority group to fall victim to a targeted attack in Khyber-Pakhtunkhwa in 2014. Two Sikh hakeems in Charsadda and a shopkeeper in Khushal Bazaar were shot dead during the course of the year. Another was stabbed to death in Mardan.

Harjeet was the first born of his parents and was usually accompanied by his father to the store. However, on Saturday, the day of the shooting, the father decided not to go to the shop and Harjeet was alone. Two men entered the store and placed an order. He was busy gathering the items when the men took out a gun fitted with a silencer and shot him.

“The family was still in shock over the death of his grandmother and an aunty. Harjeet’s death shattered everyone,” said a relative. He added the family migrated to the city from Maidan in Tirah, Khyber Agency, in hope of a better future.

“Fata is considered a lawless land, but we felt much safer there compared to Peshawar as locals offered protection due to their Pukhtun culture,” he said. Harjeet’s family said Sikhs were the richest people in Fata and locals would often borrow money from them. They added it was always returned.

The family is observing a mourning period of three days, he added. “No religion advocated the murder of innocents and blamed the lawlessness.”

“The chief minister ordered the police to arrest the culprits within three days and we will announce our future course of action after the period expires.