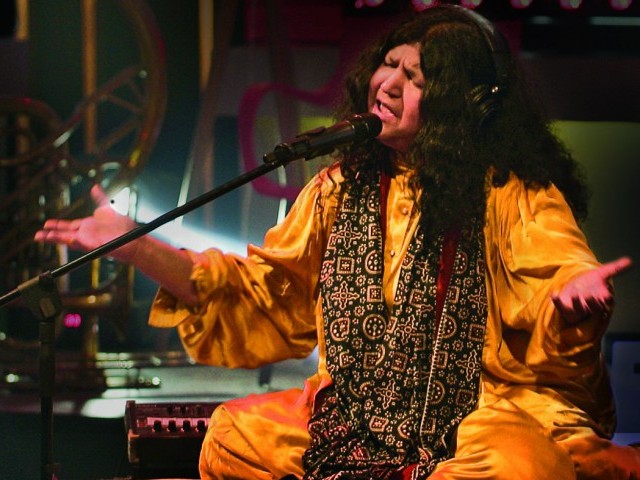 LAHORE: After a winter of upheaval at Coke Studio, the popular musical show is set to return to television screens in September. On Thursday, Coca-Cola unveiled season seven’s lineup featuring 23 artists and 22 musicians.

Humera Channa and Jawad Ahmed along with Zoheb Hasan will be making their first appearance on the show.

There are a raft of changes for season seven. Among them is a revamped house band for this season.

Jaffer Zaidi and Sikander Mufti have retained their place in the studio and their combination may remind us of the signature Coke Studio sound.

In addition to the long line of featured artistes, Coke Studio season seven will also feature a diverse range of guest musicians.

They will collaborate with the featured artists and the Coke Studio house band to create a new dimension to this season’s performances with their signature sound.

Coke Studio is returning under new producers and with the theme of “Sound of the Nation.”

Season seven will be produced by Strings duo Bilal Maqsood and Faisal Kapadia. Last season’s experiment with international artistes, that culminated in the departure of long time producer Rohail Hayat, is also being abandoned in favour of a ‘return to roots’ with a wholly local lineup.

Coca-Cola Pakistan’s General Manager Rizwan Khan said that their aim was to “reinvent the way music can capture the spirit of Pakistan. Coke Studio season seven will discover the talent and variance that this nation has to offer. Coke Studio has enabled and empowered Pakistani musicians to express their talents and skills. Many new stars have emerged and the initiative has provided a unique platform for the fusion and learning of music”.

Ranging from traditional Eastern, Modern Western and regionally inspired pop, rock, sufi, folk and qawalli music, this season pays homage to the ‘Sound of the Nation.’ Of particular interest would be how this season will touch upon the role that film music has played in defining Pakistan’s musical history, so Coke Studio’s rendition of Pakistani film music can be expected.

Artists to look forward to