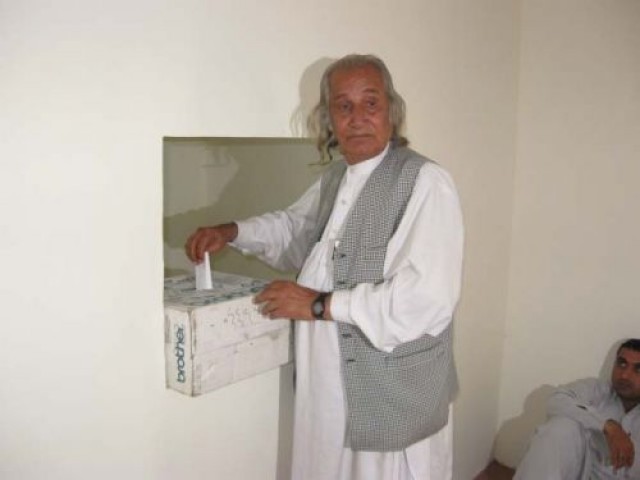 QUETTA: One of the most prominent Balochi poets, Ghulam Rasool Mulla, or known simply as G R Mulla,  passed away on Tuesday.

A renowned nationalist leader and revolutionary poet, Mulla commanded deep respect from the people of the Baloch Mainland, Gulf countries and major parts of Iranian Balochistan.

After spending his early years in the Gulf countries, he returned to Balochistan in the 1960s and joined nationalist politics.

A resident of Jiwani, Mulla earned his livelihood in a fisheries business and also owned a transport company in Karachi for a brief period of time.

Mulla authored many books, including Bramsh, Gal Gal, Sanj and Chehal which remains popular among people in all parts of Balochistan, and also co-authored the Balochi dictionary.

He was the moving personality in establishing the Syed Zahoor Shah Hashmi Academy in Karachi first and its branches in other parts of Balochistan, including the Kech Valley, coastal region and in Iranian Balochistan. Further, the poet devoted most of his time to promoting Balochi language and concentrated on his poetry and literature.

His poetry was popular among the broad masses and he used to recite his verses at public meetings addressed by late Mir Ghous Bakhsh Bizenjo and Sardar Ataullah Mengal.

The untimely death of Mulla is a big and unbearable loss to the Balochi language and literature.