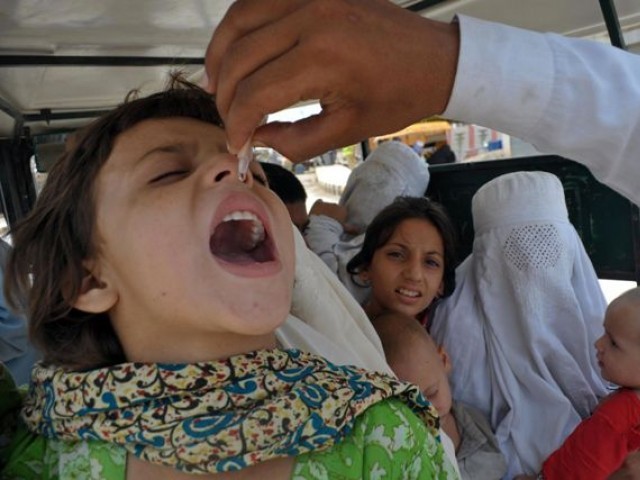 PESHAWAR: Pakistan launched on Monday a fresh drive to vaccinate more than 700,000 children in its restive tribal belt against polio, but officials said nearly 300,000 others would miss out because of threats from militants.

The World Health Organisation (WHO) declared a global “public health emergency” in early May after new polio cases began surfacing and spreading across borders from countries including Pakistan.

Pakistan is one of only three countries, along with Afghanistan and Nigeria, where the crippling disease remains endemic.

But violence has badly hampered the campaign to stamp out polio in Pakistan, where militant groups with strongholds in tribal areas see vaccination campaigns as a cover for espionage.

Some 56 people including health workers and police providing security have been killed in militant attacks on polio vaccination teams in Pakistan since December 2012.

He said a total of 712,604 children were being targeted for vaccination in the four-day campaign, but warned that another 288,708 would miss out.

Children in North Waziristan, South Waziristan, some areas of Khyber tribal district and Bannu Frontier Region would not be given polio drops because of security problems.

A total of 117 cases of polio have been recorded so far in Pakistan this year, of which 85 have been in the Federally Administered Tribal Areas (Fata).

The seven semi-autonomous tribal areas along the Afghan border are the epicentre of the country’s polio cases.

Pakistan is responsible for 80% of polio cases diagnosed around the world this year.