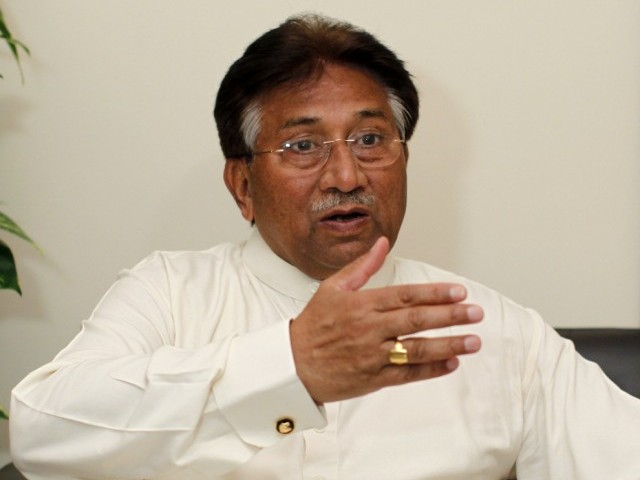 Former dictator Pervez Musharraf request the Special Court to adjourn his trial for two weeks, given the political instability in Islamabad. PHOTO: REUTERS

ISLAMABAD: Former president Pervez Musharraf’s lawyer petitioned on Monday the special court constituted to try him for high treason to adjourn his trial for two weeks.

As the court resumes Musharraf’s case on Tuesday, Farogh Nasim, Musharraf’s chief counsel, filed a petition stating that the state of affairs of the capital has been most precarious for the last two weeks.

“It is not fitness of things to precisely lay down as to what is transpiring these days at the Red Zone, as the predicament is so well known and widely reported in printed and electronic media so as to be recapitulated,” the request read.

The application stated that the Red Zone, a high-security area in Islamabad that consists of Parliament House, the diplomatic enclave and other important buildings, is so choked that free and uninterrupted access in to, and out of the Federal Shariat Court is not possible.

Apart from the logistical issue, Musharraf’s lawyers expressed apprehension that mobs pose a threat to both people and the premises.

“The trial is not a routine case as it is the one and only case which is being heard by the special court,” the application claimed. “The repercussions and consequences attached to the case are very serious, requiring peace of mind not only for the case pre-petition but also for the travel to the court.”

The application alleged that the political situation cannot be controlled by anybody, least of all the court or the defendant.