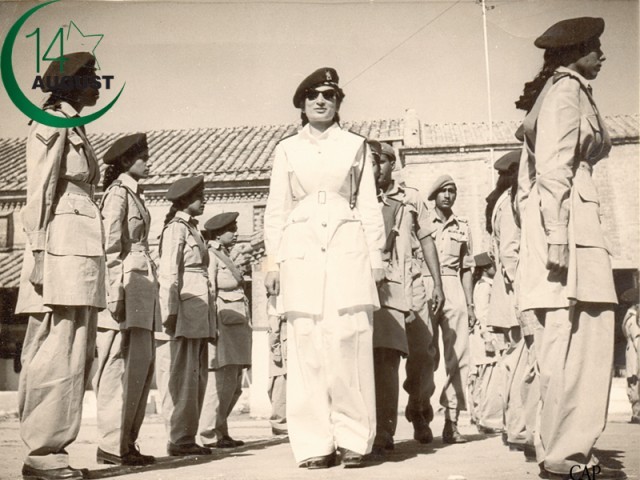 The Pakistan Women’s National Guard (PWNG) and Pakistan Women’s Naval Reserve were volunteer organisations formed by Begum Ra’ana Liaquat Ali Khan in 1949. Begum Ra’ana  was the Chief Controller of both, with the rank of a Brigadier. “Everyone from every walk of life came forward to join the PWNG, according to Ms Abeeda Abidi, a member of the PWNG interviewed by The Citizens Archive of Pakistan. “We encouraged women to join, telling them to come and join this force which is going to help build Pakistan.” Women were encouraged to take up responsibilities in administering first aid, organising food distribution, dealing with health problems, epidemics and clothing, and above all, in providing moral and emotional support. Ra’ana Liaquat Ali also took the initiative of introducing defence training for women.

This August, The Express Tribune will feature photographs from contributions to an open call for images from the struggle for independence and Pakistan’s formative years.