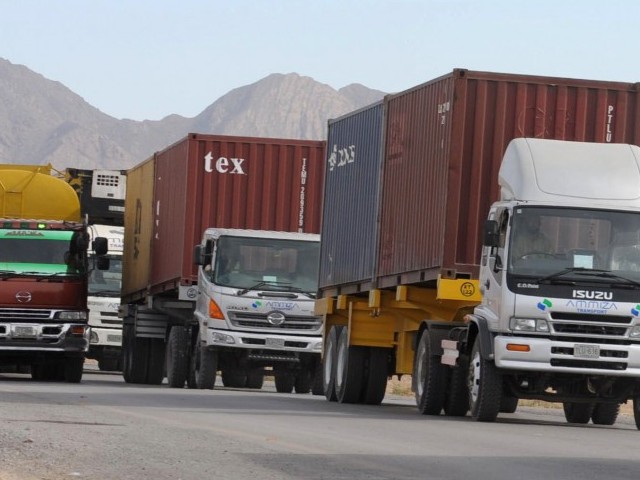 The attack occurred in Sor Kamar village of Khyber district, some 25 kilometres west of Peshawar.

“The attackers were armed with light and heavy machine guns,” Khan Dad, a local official in Khyber told AFP.

“They first opened fire on three oil tankers and then hurled petrol bombs, killing a driver and injuring two others” the official said, requesting anonymity as he was not authorised to talk to media.

Three oil tankers were burnt in the incident, the official added.

Nato supply trucks, which carry everything from fuel to munitions and food, often come under attack on their journey between Karachi and border crossing points.

The coalition is winding down operations in Afghanistan with its 44,000 combat troops due to pull out by the end of this year.

In a similar attack on Tuesday, a driver and his helper were killed when gunmen opened fire on Nato supply tankers, while on their way back to Pakistan, officials said.