A Canadian perspective: Tales of humanity amid horrors of Partition

A Canadian perspective: Tales of humanity amid horrors of Partition

1947, the year in which Pakist­an was born, was also the year Canadi­an citize­nship was create­d.
By Mariam S Pal
Published: August 14, 2014
Tweet Email 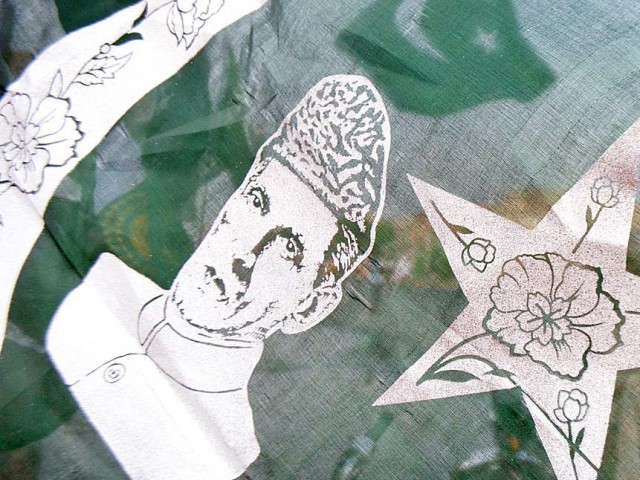 The story of the Pal family is one that will be familiar to many Pakistanis. PHOTO: APP

This August 14 Pakistan will celebrate 67 years of independence from Britain. Around 300,000 Canadians of Pakistani descent will also mark this anniversary at events held across this vast country. Sadly, seven decades later, few Canadians know that as many as one million people were killed and that between 10 and 15 million were displaced during Partition.

Last year, an essay I wrote about how my family survived partition was published in a major Canadian newspaper. Many who read it told me they were shocked to learn about the violence of Partition and that they had been unaware of this tragic event. Like me, they were appalled to learn that no war crimes trials were ever held and that no monument exists to commemorate the victims of the 1947 Partition.

Several years ago, my late father, Izzud-Din Pal, finally told me our family’s Partition story. Like many survivors of traumatic events, he wanted to look to the future and not to the past. As my father’s generation of Pakistanis born in the 1920s slowly passes away, an important connection to the history of Partition is being lost.

The story of the Pal family is one that will be familiar to many Pakistanis. My family had lived in the Sikh holy city of Amritsar for generations where my grandfather had a successful legal practice. He decided that the family would stay in Amritsar after Partition.

After all, he reasoned, it was their home. But as the violence in Amritsar, a city that was 49% Muslim in 1947, escalated, my grandfather realised the family needed to have a safe place to go to in case the situation became dangerous. They would be safe in Lahore; a city most thought would be allocated to Pakistan. My father, who was studying at MAO College in Lahore, rented a house for the family from a Muslim landlord. His two elder brothers took the dangerous round trip train journey, a mere 30 minutes, from Amritsar to Lahore, bringing with them bags of dal (split pulses) and rice and cooking pots. Hidden inside the bags of rice was my grandmother’s gold jewellery and money.

On August 7, 1947 a Sikh family friend told my grandfather the family must leave. The next morning he drove my grandmother and other female relatives in a hearse to the Amritsar railway station. My father and his brothers boarded the train to Lahore. It had been decided that my grandfather and his brother would join them two days later. The family sat on wooden benches in the second-class car. They did not carry any luggage – just some water to drink. The train stopped several times along the way, stretching a 30-minute trip into several hours. My father must have been thinking of one of the train trips he took between Lahore and Amritsar in 1947. His train was attacked and he saved his life by hiding under a pile of bodies.

Miraculously, the Pals reached Lahore safely. My father went to the Lahore Railway Station several times daily to look for his father and uncle.

He saw trains full of massacred Muslims but no trace of his father or uncle. Finally, three days later, his father and uncle arrived at the house in Lahore. The same Sikh friend had dropped the two men off near the border town of Wahga, where they were able to travel safely to Lahore. My family’s stay in Lahore became permanent once word reached them that their house in Amritsar had been looted and burned by thugs. My father never returned to Amritsar. He kept a framed map of the Amritsar neighbourhood where he grew up on the wall of his house but when I suggested we visit he said he could not go back.

I asked my father the name of the Sikh friend who had played such a central role in ensuring that my family was safe. He apologised profusely, explaining nearly seven decades had passed – he simply could not remember the man’s name no matter how hard he tried.

Izzud-Din Pal went on to study at the London School of Economics, was an international fellow at Harvard and he migrated to Canada in 1955. He was one of only 100 Pakistanis allowed into Canada under Canadian immigration quotas that existed until 1961.

1947, the year in which Pakistan was born, was also the year Canadian citizenship was created. Previously, Canadians were British subjects. Until 1947 a blatantly racist law denied Indians from British India who settled in Canada the right to vote and the right to enter certain professions such as medicine. Canadian law made immigration from British India virtually impossible.

In recognition of the partition of British India, in 1951, the Government of Canada introduced a quota of 150 Indians and 100 Pakistanis yearly. Quotas were abolished in 1961.

Why should Canadians care about Partition? In 1947 Canada was home to roughly 2,000 people of South Asian origin, mainly from the Punjab. Nearly 70 years later 1.4 million Canadians claim Pakistani or Indian descent. Most Canadians with roots in South Asia, especially in the Punjab, have a family connection to Partition. Canada’s policy of multiculturalism encourages immigrants to preserve their culture and history. In this way, the history of partition is now part of the history of Canada.

I was born and raised in Canada but I know Pakistan well. On August 14 I will think of the millions of people who were displaced and of a million who lost their lives. But I will also give thanks to the Sikh man, whose name I do not know, who ensured that the Pal family survived.

Mariam S. Pal is the daughter of Izzud-Din Pal, a survivor of Partition. She was a member of the Immigration and Refugee Board of Canada from 2009 to 2012, is a former staff member of the Asian Development Bank and holds degrees in economics and law from McGill University. She lives in Montréal, Canada.