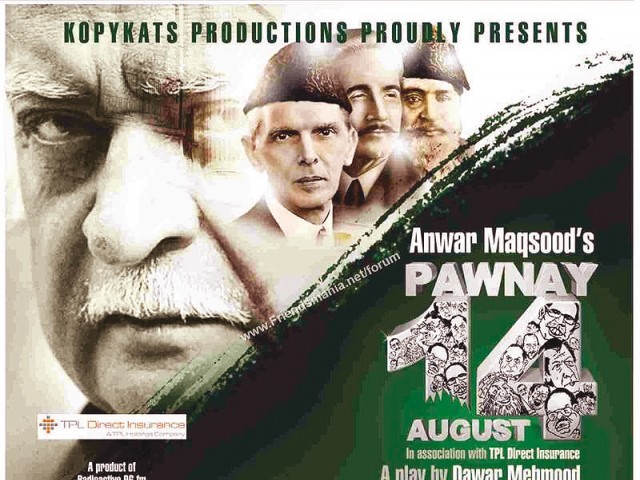 The Lux Style Awards (LSA) 2014 will not include nominations in the theatre category. Organisers of the award show had decided earlier to honour achievers in the rapidly growing field of theatre, but couldn’t as they were unable to get a wholesome perspective of Pakistan’s theatre scene.

Speaking to The Express Tribune, Farishtey Aslam, awards manager at the LSA, says, “We were planning to introduce a few categories in the field of theatre, but couldn’t find an all-encompassing, national point of view of Pakistan’s theatre scene.”

“This is because in Pakistan, the plays and critics don’t travel. So, we had to postpone the categories till next year,” she said, adding that, “We are still giving out a special award related to the field of theatre to recognise its growth in Pakistan.”

According to the press release issued by LSA 2014 organisers, there will be 10 fashion categories, which are Best Female/Male Model, Best Menswear, Pret, Luxury Pret, High Street and Lawn Designer, Best Hair and Make-up, Best Photographer and Best Emerging Talent.

The film categories of Best Actor and Best Actress have a full clutch of five nominees each. The awards in the Film section will be jury based and not on box-office returns. The music nominations include Best Album, Best Video, Best Original Sound Track encompassing film and TV, Song of the Year and Emerging Talent, which will be put to public voting. The Music Video winner selection will remain a jury choice.