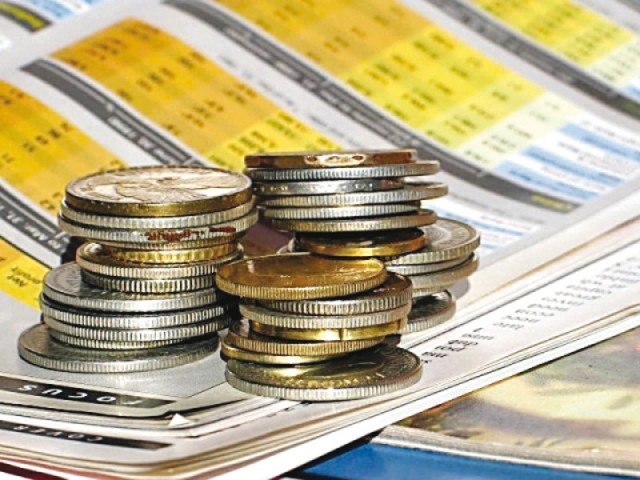 The federal government borrowed more than Rs56.1 billion through PIBs in the first auction of 2014-15. PHOTO: STOCK IMAGE

The amount raised through the current fiscal year’s second auction of long-term papers was significantly less than the actual target of Rs100 billion.

Out of the total received bids, the federal government accepted bids amounting to Rs86.78 billion with the total realised amount of Rs83.68 billion.

The cut-off yield for three-year PIBs, which raised a realised amount of Rs39.3 billion, clocked up at 12.5%.

According to the SBP’s auction calendar published at the start of the fiscal year, the government was to raise Rs300 billion through the sale of three-, five-, 10-, and 20-year PIBs during the first quarter of 2013-14.

The federal government borrowed more than Rs56.1 billion through PIBs in the first auction of 2014-15. Like the latest auction, the amount raised during the first auction was significantly less than the actual target of Rs100 billion.

The government has recently shifted the focus of its debt profile away from short-term treasury bills and towards long-term PIBs mainly to minimise rollover and refinancing risks. However, analysts believe the shift in its borrowing patterns has increased the cost of money for the government, as the cut-off yields on long-term papers are higher than treasury bills of shorter tenors.