Why Pakistan wants American forces to stay in Afghanistan

Why Pakistan wants American forces to stay in Afghanistan 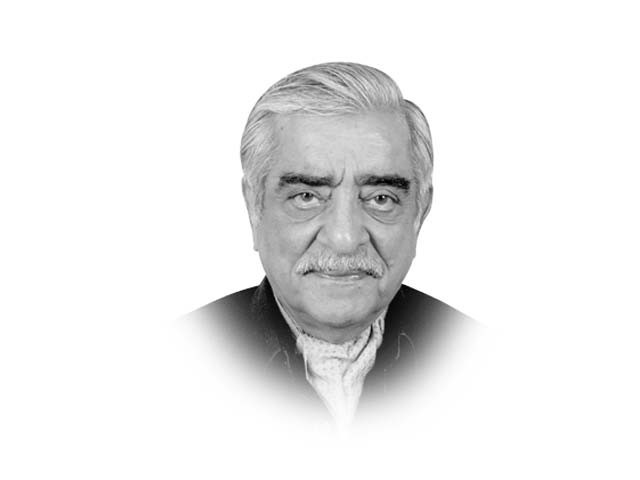 The current domestic crisis notwithstanding, our decision-makers have to pay attention to developments in Afghanistan not only because of their effect on the current armed forces’ effort to eliminate terrorist networks in North Waziristan and elsewhere in the country but also because of the economic and social consequences for Pakistan of increased instability and continued conflict in that beleaguered country.

On August 8, it seemed that with the active assistance of Secretary Kerry and the UN, the two contenders for the presidency reached an agreement that would allow the vote count under UN auspices to be completed by the end of August and to have the winner attend the Nato summit in the UK on September 4, and perhaps, before that sign the Bilateral Security Agreement with the US and similar agreements with the other Isaf countries. Both candidates have made statements and signed a communiqué, which affirms, “We will form a government of national unity”. There can still be many slips and disagreements may emerge yet again, but for the moment there is hope that the political crisis will be resolved and the loser of the presidential race will be or will nominate a chief executive with powers yet to be defined but reflecting the view that there cannot be a “winner-take-all approach” (stretching the point perhaps, there are some lessons in this for our politicians).

The resolution of the political crisis is, however, not enough. The security situation is deteriorating as is apparent from the 24 per cent increase in the number of civilian casualties in the first six months of this year as compared to last year and by the increasingly bold attacks on targets in the urban areas, including the Kabul airport, and set battles in Helmand and Nangarhar provinces. Afghan forces did succeed in ousting the Taliban in Nangarhar but this came because American air power was used. After 2014 this will not be available and the Afghan National Security Force coping with heavy casualties; 2,330 soldiers died between in the 26 months ending May 2014 and heavy attrition will not be able to cope with determined Taliban onslaughts and a full civil war will ensue.

The British army chief has said that British combat troops could return to Afghanistan if the Taliban were resurgent and al Qaeda was again establishing sanctuaries. It needs to be noted that al Qaeda after the declaration of the Islamic State in Iraq has reiterated its loyalty to Mullah Omar as the Amirul Momineen perhaps to counter Abu Bakr al-Baghdadi’s claim to the Caliphate but also to prepare the ground for moving back to Taliban held territories in Afghanistan. This would be a disaster from Pakistan’s point of view since Pakistan has made the eradication of al Qaeda from the region a principal goal of its current military campaign.

It is unlikely that the Taliban will move towards reconciliation or heed advice to do so if they believe that the Afghan security forces are impotent. It will be difficult to convince them that seeking outright victory will only mean a prolonged civil war.

Some argue that Pakistan wants an American presence in Afghanistan to ensure American interest in Pakistan. This is fallacious. President Obama has already asked the US Congress for a $5 billion fund to assist regional partners in their counter-terrorism operations. Pakistan will certainly be one if not the principal country with which such cooperation will be sought since al Qaeda in South Asia is bruised but not eliminated.

Others argue that it is only the foreign presence that fuels the conflict in Afghanistan. This too is fallacious. If this were indeed the case the Taliban should bearing the deadline for American withdrawal in mind be more receptive to reconciliation proposals.

Pak-Afghan relations are at a low ebb. Some of our people are talking of having other options if Afghanistan does not cooperate in blocking the TTP’s use of sanctuaries in Kunar and Nuristan. A continued American presence could help mitigate the current strains and help secure the Afghan cooperation we are seeking.

Many in America’s security establishment want Obama to make the withdrawal condition based. Our past stance notwithstanding, reinforcing such sentiments is very much in our national interest