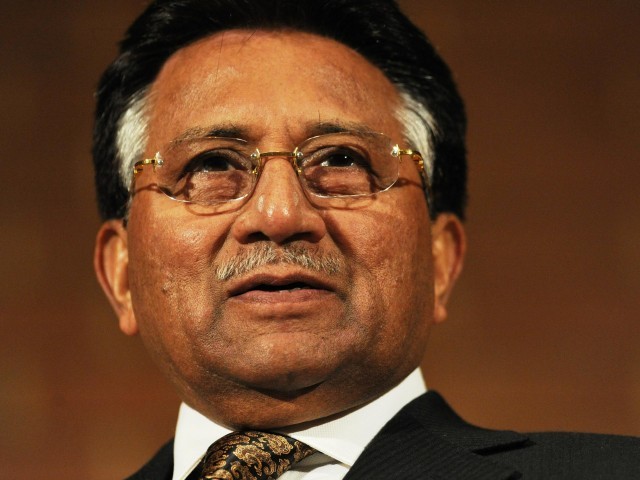 Former President Pervez Musharraf said that he would repeat the same actions if a Lal Masjid like situation arose again. PHOTO: AFP

Former chief of the army staff Gen (retd) Pervez Musharraf has accused PML-N chief Nawaz Sharif of having amassed over $1 billion in ill-gotten wealth. The money stashed in bank accounts in London is looked after by his son. Addressing a gathering of Pakistanis at a New Jersey hotel, he asserted that if he returns to power he would try the Sharifs in court of law. (dawn.com)

The sometimes petulant, sometimes boastful address by Musharraf in fact highlighted yet again why he should never have governed this country. Personal traits of leaders play a part in their style of leadership and Musharraf’s bluster was noted by many. The swaggering stance he so often adopted may have been suitable to a commando in the field of battle, but hardly to someone expected to negotiate delicately between various actors to steer the country through the many problems it faces. (thenews.com.pk)

Equally disturbing was his attempt to link himself to the Quaid’s banner by saying that now his party will carry this banner for Pakistan. How a military dictator with the stamp of corruption could even assume to take on the mantle of the arch democrat and rule of law advocate is mind boggling as it is insulting to the Quaid’s memory. (nation.com.pk)

It is only after the Laal Masjid debacle that terror attacks became the order of the day. It is because Nawab Akbar Bugti had the gall and heart to stick up for Dr Shazia Khalid after her brutal rape, allegedly by an army officer, that his Bugti and other Baloch tribes clashed with the military, which finally led to his murder. (dailytimes.com.pk)