PPP denies that the former presid­ent is making contac­ts at the behest of ruling PML-N to defuse the politi­cal crisis.
By Irfan Ghauri
Published: August 5, 2014
Tweet Email 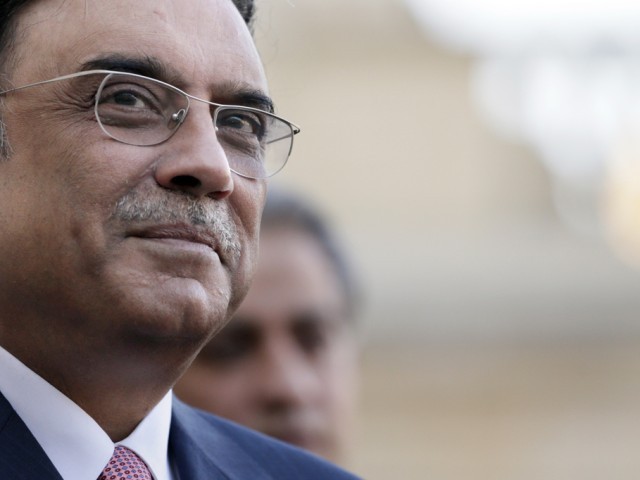 Senator Babar denied the former president was making contacts at the behest of the ruling PML-N to defuse the political crisis. PHOTO: AFP

The Pakistan Peoples Party (PPP), the second biggest party in the National Assembly, has started consultations with other political parties, apparently to weigh its options in the backdrop of the brewing political turmoil.

“The former president, who is keeping himself abreast with the latest developments in the country, has viewed with concern some recent developments. Zardari believes it is necessary to engage other political forces for defending the Constitution and democracy,” it added.

Talking to The Express Tribune, Senator Babar denied the former president was making contacts at the behest of the ruling PML-N to defuse the political crisis. Asif Ali Zardari took the initiative on his own, he said

Senator Babar, however, refused to say what transpired in the phone calls. He said the PPP was keeping an eye on the situation and was committed to protecting democracy and constitutionalism.

Sources told The Express Tribune that Zardari’s contacts came hours after National Assembly Speaker Ayaz Sadiq met with PPP’s Syed Khurshid Shah, who is also the leader of opposition in the lower house.

Analysts believe the PPP top leadership, at the request of the PML-N, has started efforts to defuse the political crisis created by PTI’s Azadi March scheduled for August 14 and Dr Tahirul Qadri’s threat to topple the government. While the PPP has been vocal in its defence of the current system, the party’s second-tier leadership – especially its Punjab chapter – has been increasingly critical of the ruling PML-N.

Awami Muslim League (AML) chief Sheikh Rasheed Ahmed believes the PPP, which has so far stayed neural, was most likely to join the protesting parties at a later stage.

Meanwhile, PML-Q’s Secretary Information Kamil Ali said that Zardari and Shujaat discussed “political and some personal matters”. He said the former president didn’t mention anything about the PML-Q’s support to Dr Qadri.