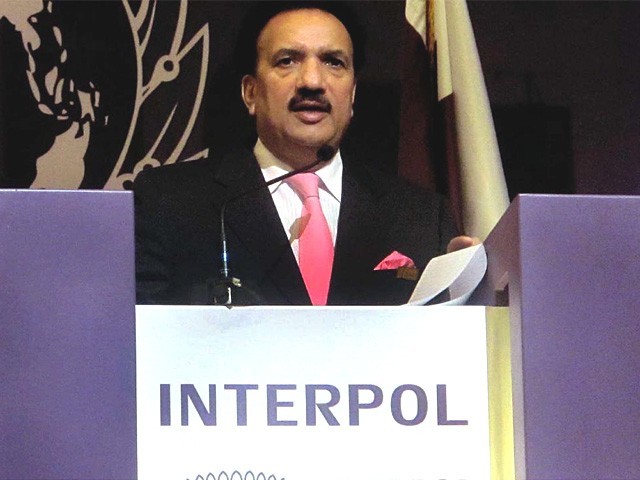 KARACHI: Interior Minister Rehman Malik said on Monday that he has not received orders for bringing former President Pervez Musharraf back to the country through Interpol. However, action will be taken only if the court issues such orders, he said.

“We have no objections to bringing Musharraf back to the country but we have not yet received any orders in this connection,” he told reporters at the Karachi airport, before departing for the general assembly session of Interpol in Doha.

At this point, the Interpol general assembly will be briefed about the damage caused by the recent floods, he said, adding that Pakistan has suffered losses of $140 billion.

He said that corruption in FIA and police will not be tolerated and a website to help monitor corruption will be created soon. Public dealings should be corruption free, he said.

In response to a question, he said that those responsible for the Shershah bridge collapse would be arrested soon.