Yash Chopra, Subhas­h Ghai and many others have made offers to me to sing in their films, says Abida.
By IANS
Published: November 8, 2010
Tweet Email 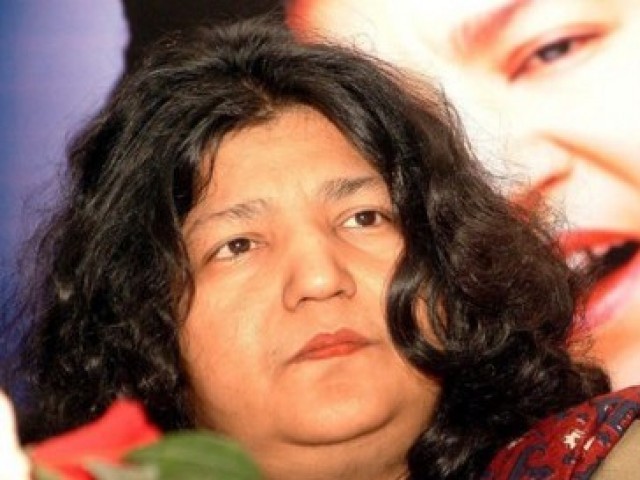 Yash Chopra, Subhash Ghai and many others have offered to me to sing in their films, says Abida. PHOTO: EPA

MUMBAI: She has immersed herself in Sufi music and is busy spreading Sufism with her singing. So Bollywood offers can wait, says noted Pakistani singer Abida Parveen.

“I keep on getting offers. Yash Chopra, Subhash Ghai and many others have offered to me to sing in their films. But I have immersed myself in Sufi music and to spread that message across is what I am busy doing,” Abida, 56, told IANS in a telephonic interview from Lahore.

“It’s a time-consuming thing to spread the message of Sufism and that is why I have not got enough time to say yes to any of the film offers till now,” she added.

Sufi music has been increasingly making inroads into the film industry with many movie soundtracks having at least one song with Sufi influences.

Commenting on the trend, Abida said: “The taste and touch of Sufi music started coming in Bollywood through my song ‘Thaiyyan thaiyyan’, which was converted into ‘Chaiyyan chaiyyan’ (‘Dil Se’).”

“Then it started spreading and many films started having songs with a Sufi touch. Today it has become really popular in Bollywood, which is a good thing. These songs keep love and humanity intact. That’s why these songs connect with people and touch souls,” she added.

Abida, who is a singer of Sindhi descent, sings mainly ghazals and Urdu love songs. But her forte is Kafis, a solo genre accompanied by percussion and harmonium, using a repertoire of songs by Sufi poets.

She is set to mesmerise her fans in the Indian capital Nov 13 at a concert, which is a joint initiative by NGO Routes2Roots and ICCR and IWPC aimed at bridging the divide between India and Pakistan.

“Music is a very good way of spreading love and peace between India and Pakistan. Music is the gift of god and it always helps in connecting and bringing people together,” said the singer.

“It takes forward the message of humanity and brotherhood and that’s why I really like the concept of this concert where they call artists from across the borders to perform,” she added.