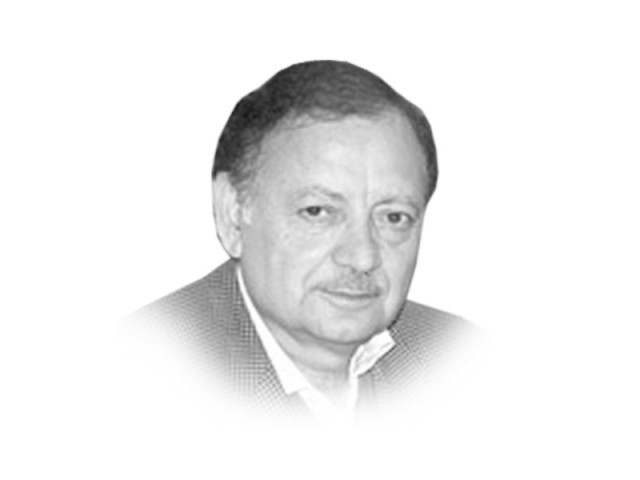 Currently, there is an array of political forces, big and small, out to get Nawaz Sharif only a year into his five-year mandate. Does this agenda carry the potential of becoming an agitation? One needs to analyse the content of the political discourse used during the PAT’s protestations against the brutal police action against its workers, the PTI’s rallies in Faisalabad and Bahawalpur and its announcement for launching an agitation after Eid and the joint declaration of the APC held on June 29. Is there a class content of the current move, i.e., the working classes getting together against the rich? The answer is no. Is there a sectoral content then, whereby the rural sector — from the farmer lobby at one end to the landless tenant at the other — has stood up against the urban sector? Again, the answer is no.

What about the ethnic nature of the conflict? After all, Nawaz Sharif’s power base lies in Punjab, while other provinces feel alienated in the perspective of the perceived preeminence of that province. But the patterns of leadership currently arraigned against the PML-N government — Imran Khan, Tahirul Qadri, the Chaudhary brothers and various Lilliputian co-travellers — also belong to Punjab. This is then not an anti-Punjab line-up. Nor is it understandable in terms of the left vs right. The leftovers of the left — such as the PPP and the ANP — are not demonstrating against the ‘rightist’ PML-N. Instead, it is an intra-right phenomenon. The movement is led by ultra-right of the ilk of the PTI and the Islamic right of the type of the PAT among various others — many swearing loyalty to the army.

This is also not a fight between ‘liberals’ and ‘conservatives’ in terms of lifestyle or morality (such as between Musharraf and Zia). Both the PML-N and the PTI firmly belong to the conservative camp. The last quarter of a century has shown that ‘liberals’ in the political domain are a dying breed. Is it then a secular opposition against an Islamic government, or alternatively, an Islamic opposition against a secular government? Parties such as the PTI and the PML-Q, with the MQM on the sidelines, have no profile as either secular or Islamic parties. Religion is not the hot point of the current discourse despite the Tahirul Qadri factor.

What about the revolutionary content of the narrative? Qadri wants to bring about revolution. So do Imran Khan, Altaf Hussain and various other political leaders. Obviously, it is neither a communist revolution nor an Islamic revolution that they are hankering after. The word ‘revolution’ has been too often profaned to carry any meaning anymore. Such hollow revolutionism is repeatedly used for struggle against the ‘system’. There is an outcry for change in the system out in the street and in the media. However, the ‘system’ remains undefined. It is most probably not the capitalist system that Imran Khan, Qadri and others want to change.

Others point to the ‘colonial system’ as the real target of criticism. However, there has been no express commitment to dismantling state institutions in mainstream politics. As a continuation of this theme, many from the religious right want to do away with the ‘secular’ system, e.g., the legal machinery, the banking system and the higher education system. However, jargon against secularism is not part of the present discourse. Indeed, it is the ‘corrupt system’, allegedly presided over by Nawaz Sharif and before him Asif Zardari, which is most often the target of anger. This is tricky. The prevalent system of law and justice, police and magistracy, administrative departments and public corporations, parliamentary committees for oversight functions and bureaucracy, is akin to the systems of the UK, Australia, Canada and New Zealand. In terms of institutional design, it is among the most advanced systems of rule. But a plethora of other factors — social ties, cultural norms, customary justice systems, caste-based loyalties, nepotism, patron-client relations and other primordial loyalties — overshadow the provisions of procedural and substantive law. Pakistan’s ‘modern’ state system is under extreme pressure from ‘tradition’. That has led to non-delivery of services and underhand dealings. Corruption is a way of bypassing the system, not the system itself. Shady claims of eliminating corruption in 90 days insult the nation’s intelligence.

What is the way out of the current political mess? The checklist of ingredients of democracy points, first and foremost, to the trust in the prevalent democratic system. There is no space for a totalist agenda of change. There can be only incremental change. Parliament’s pivotal rule cannot be ignored, as it has been so often in Pakistan. Democracy in Western countries transformed the ‘voice’ of the people into their ‘exit’ from the street by way of entry of their representatives into Parliament through elections and thus to their ‘disengagement’ from direct involvement in the system of rule, i.e., from mob-ocracy. ‘Voice’, ‘exit’ and ‘disengagement’ remain the cornerstones of the edifice of democratic governance.

In one year, the PTI, the PML-Q and smaller ‘parliamentary’ utterly failed to initiate legislation in parliament, for example, on electoral reform, thus moving beyond the Twentieth Amendment, engage fellow legislators in a debate on policy such as energy or trade relations with India or the security situation, or even deliberate their own position on policy matters. Minority parties in the opposition typically experience feelings of irrelevance for day-to-day governance during the tenure of an incumbent government, e.g., the Congress in India after the elections and the Labour Party in the UK. However, they do not wreck the system of parliamentary democracy itself by cutting down the government’s tenure. Respect for mandate is supreme in democracy.

That explains the PTI’s strategy of rendering the results of the 2013 elections suspect in the public eye. It failed to do so after the elections because the nation had largely accepted the results. The party used a series of other issues to launch a movement — the US drone attacks, negotiations with the Taliban, price hike, corruption, IDPs — in a desperate attempt to stay afloat. The spectre of Qadri stealing the show has now led Imran Khan back to the issue of election rigging. Four years to the next election are unacceptable to his boundless ambition.

The nation is bigger than Nawaz Sharif. So is democracy. Unending street politics of certain political parties led by reckless politicians creates disorder and instability. It hurts the nation and the system of democratic rule. The scale of representation in Parliament as endorsed by the people is the only measure of power in society.

What’s wrong with the human race?