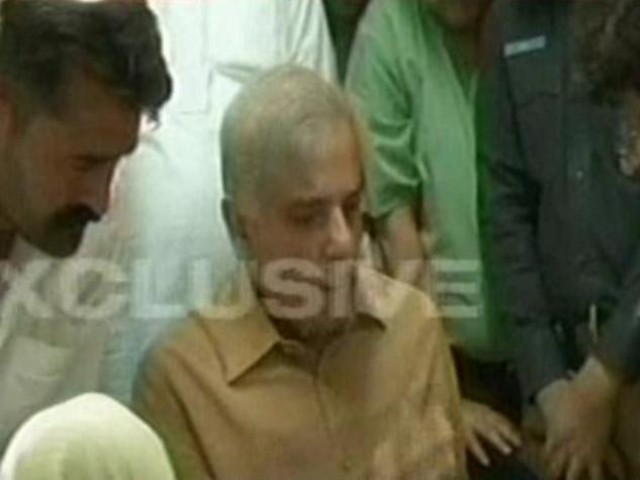 On July 15, a landlord, identified as Ghulam Mustafa, had allegedly beat up the boy, burnt him with scalding hot water and chopped off his arms, following a dispute with the victim’s father over electricity theft in Gujrat.

Upset about the delay in the registration of a First Information Report (FIR) against the culprit, the Punjab chief minister reprimanded police officials.

Shahbaz further dismissed the concerned ASP, DSP and medical superintendent of the hospital.

Mustafa – who was arrested during a police raid – was also presented before anti-terrorism court today and sent on a 10-day physical remand.

Referring to the incident, Mustafa in court said that “he did not do it intentionally and it was mistake”.

The landlord, after beating the boy, took him to a private hospital on Bhambar Road, where he tried to hush up the crime. He had also donated blood for the boy.

However, as the father of the boy found out about his son’s condition, he had tried to file an FIR against the landlord in the Cantt Gujrat police station. He had told The Express Tribune that SHO Shaukat Taupa said he could not file a case without a medical report.

After the Punjab chief minister took notice of the incident and ordered a report from top police officials, the police had finally filed a case; they had not requested a medical certificate in this case.