"The death of 260 people in less than ten days, in the most horrifying of circumstances, is evidence that the Mediterranean crisis is intensifying," Guterres said in a statement.

"Europeans need to take urgent action to stop this catastrophe getting worse in the second half of 2014," the UNHCR chief said.

Italian and Maltese naval crews last Saturday discovered 30 bodies - including that of a baby - who had apparently been overcome by heat and engine fumes after being locked in the hold of a boat carrying over 560 mostly-Syrian migrants.

A further 110 people are believed to have been thrown into the ocean by their fellow passengers on the horror crossing from Tunisia.

That tragedy and others took the number of people dead or reported missing during attempted crossing over the past 10 days to 260.

All-told, UNHCR said that 800 people have died this year alone in the Mediterranean.

UNHCR said that 75,000 refugees and migrants arrived in Italy, Greece, Spain and Malta by sea in the first half of 2014.

Many have fled the war in Syria or repression in Eritrea, preferring to risk their lives at the hands of people smugglers.

There has been a sharp rise in migrant landings in recent weeks because of the calm summer weather and growing lawlessness in Libya.

A further 21,000 refugees and migrants have arrived in Italy since July 1.

The Italian navy launched operation Mare Nostrum (Our Sea) in October after 360 illegal migrants drowned off the island of Lampedusa in a disaster that shocked Europe and beyond.

The European Union's Mediterranean members complain they are being abandoned by their partners in the 28-nation bloc to deal with the massive influx. Northern countries insist they have their own migrants to deal with.

The Italian navy launched operation Mare Nostrum (Our Sea) in October after 360 illegal migrants drowned off the island of Lampedusa in a disaster that shocked Europe and beyond.

Guterres called on all European governments to strengthen rescue operations, provide swift access to asylum procedures for those in need of protection, and legal alternatives to dangerous sea crossings. 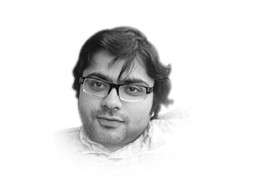