'Pakistan went out of its way for peace with India'

'Pakistan went out of its way for peace with India' 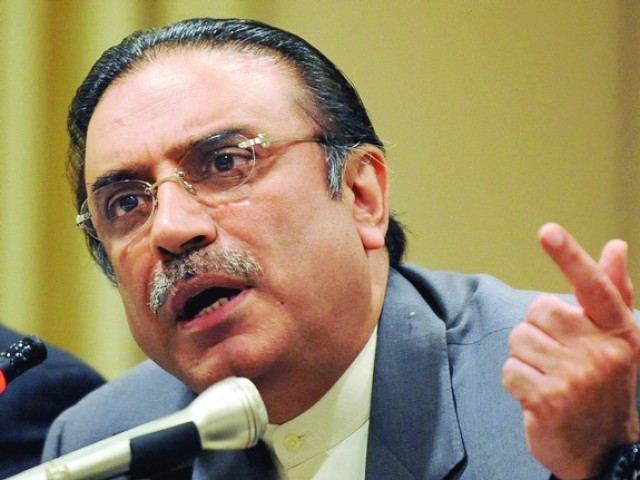 ISLAMABAD: President Asif Ali Zardari has said India failed to respond positively to peace overtures from Islamabad, after US President Barack Obama urged both countries to resolve their differences.

Pakistan’s civilian government “went out of the way in our peace overtures towards India,” President Zardari told a South Asia media conference in Islamabad, according to a statement from his spokesman late Sunday.

“It would have been most helpful if our initiatives had been welcomed and responded to in a positive manner.” Zardari acknowledged that the 2008 attacks on Mumbai, which killed 166 people and were blamed on Pakistan militants, “undermined efforts for peace”. But he said: “Pakistan is cooperating in unearthing and bringing to justice the perpetrators of militant acts.”

On the second day of a visit to India, Obama ventured into the diplomatic minefield between the nuclear rivals, saying New Delhi had the most to gain from a stable Pakistan and urging Islamabad to do more to address extremism.

India is extremely sensitive about outside interference in its relations with Pakistan, particularly over the disputed region of Kashmir, and Obama was keen to avoid upsetting his host or angering Pakistan, a key anti-terror ally. Obama’s three-day visit to India is being watched with envy in Pakistan, where some have interpreted the decision not to include Islamabad on the itinerary of his latest Asian tour as a slight to the country.

Although no dates have been announced, the White House said Obama is committed to visiting Pakistan in 2011 and would welcome Zardari to Washington. Obama’s government has said before that Pakistan must do more on extremism, but the remarks were significant given their venue in Mumbai, where the 2008 attacks were blamed on Pakistan’s outlawed Lashkar-i-Taiba extremist group.

Zardari said his government had dealt head on with the challenge from Taliban militants, which are fighting an insurgency in the northwest near the border with Afghanistan, where both India and Pakistan are vying for influence. “From the very outset we faced the challenge of militancy but we came out in the open against militants and took them head on. The undeclared policy of running with the hare and hunting with the hound was abandoned.”

Zardari also said his policy of reconciliation is meant to strengthen democracy not his government.

The president expressed optimism about the future of Pakistan, saying the country can be steered out of all the problems it is currently facing. He vowed that all those displaced by the war against terrorism will surely return to their homes. He also stressed on the importance of boosting the country’s economy for lifting it out of the grip of the multiple crises that face it.