Normalisation with India: Hopes rekindled after a long pause

Normalisation with India: Hopes rekindled after a long pause 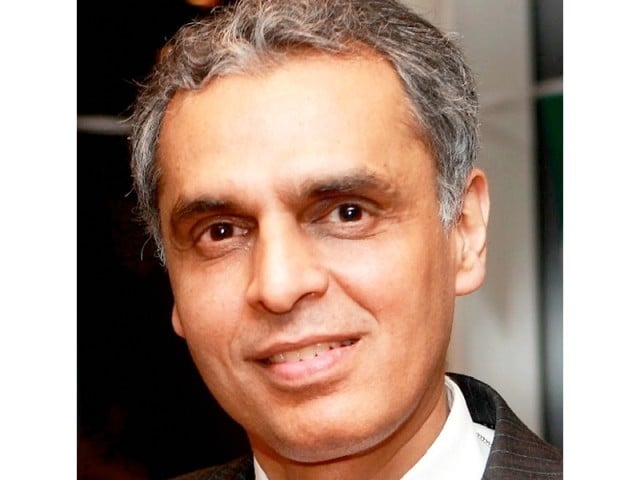 Foreign secretaries of Pakistan, India will meet on August 25 in Islamabad to kick-start stalled talks.

The foreign secretaries of Pakistan and India will meet in Islamabad on August 25 in a bid to kick-start a sluggish dialogue process stalled after the November 2008 Mumbai attacks.

“India’s Foreign Secretary Sujatha Singh spoke to Foreign Secretary Aizaz Ahmad Chaudhry over the telephone Wednesday afternoon. During the conversation, it was agreed that they will meet in Islamabad on August 25 to carry the dialogue process forward,” said a statement issued by Pakistan’s Foreign Office.

“In keeping with the vision of the two prime ministers to improve and establish good neighbourly relations, the foreign secretaries agreed that the dialogue process should be result-oriented,” it added.

The spokesperson for India’s Ministry of External Affairs, Syed Akbaruddin, also confirmed the development at a news conference in New Delhi. “They [the foreign secretaries] have agreed to meet to take this process forward as directed by their prime ministers,” he said.

Akbaruddin noted that two months have passed since the top diplomats of Pakistan and India had agreed to keep in touch and explore ways to move the normalisation process between the two countries forward. Pakistan and India had agreed to arrange a meeting between their foreign secretaries when Prime Minister Nawaz Sharif held talks with his Indian counterpart Narendra Modi at the latter’s inauguration ceremony in New Delhi in May.

Dialogue between the two countries was disrupted due to the 2008 Mumbai attacks and more recently, due to tensions  along the Line of Control (LoC).

New Delhi linked the resumption of dialogue with the ‘successful prosecution’ of the Mumbai attack suspects by Islamabad. But Modi’s surprise invitation to his Pakistani counterpart on his swearing-in ceremony renewed hopes for improved ties between the two nuclear-armed neighbours.

Prime Minister Nawaz even went to the extent of saying that he was ready to go the ‘extra mile’ to improve ties with India.

A Foreign Office official told The Express Tribune that the incumbent government is keen to reach out to its immediate neighbours, including India.

The meeting between the foreign secretaries will review the composite dialogue process and decide whether a new structure may be evolved for future talks.

Under the existing mechanism, composite dialogue covers eight subjects which include Sir Creek, Siachen, trade and business ties, cultural exchanges, security and the longstanding Kashmir dispute. There are different working groups at the official level which meet to review progress on each of the agenda items.

Pakistan is believed to be ready for evolving a new structure for the dialogue. One proposal includes separating the issue of Kashmir as well as terrorism from the rest of the agenda items. The two sides are exploring options to discuss the Kashmir problem at the political level.

Currently, the decades-old issue is discussed by the foreign secretaries. The suggestion stems from the fact that the dispute is too big and complicated to be settled at the bureaucratic level.

The Indian external affairs ministry spokesman also said that Sujatha Singh raised the issue of ceasefire violations along the LoC and firing across the working boundary during her telephonic conversation with her Pakistani counterpart.

“Since there have been incidents of firing along the international boundary, Foreign Secretary Sujatha Singh used the opportunity to raise this issue. She recalled that incidents of this nature will impede the positive work that the political leaders of both countries wish to undertake. She also reiterated that meaningful cooperation between the two countries cannot take place alongside violence [on the LoC],” Akbaruddin said while talking to reporters.

“To us and to Pakistan, maintenance of peace and tranquility on the LoC is one of the most important CBMs (confidence-building measures),” he added.