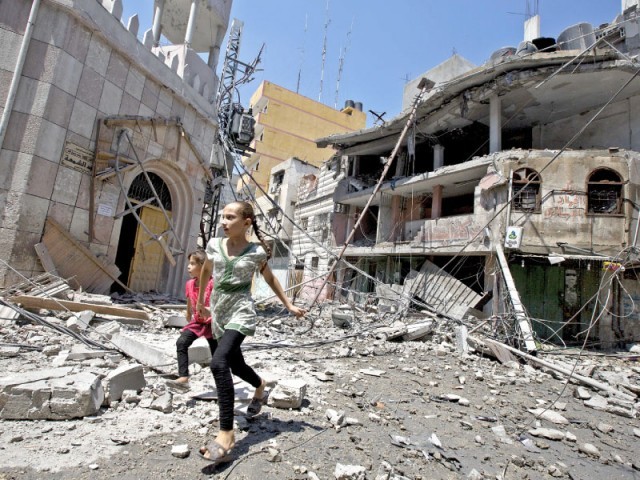 As the death toll from Israel’s military actions in the Gaza Strip climbed past 670, UN’s top human rights official Navi Pillay said on Wednesday that Tel Aviv’s offensive could amount to war crimes.

“There seems to be a strong possibility that international law has been violated in Gaza, in a manner that could amount to war crimes,” Pillay told an emergency session on Israel’s Gaza offensive at the UN Human Rights Council, citing attacks that have killed Palestinian civilians, including children.

She said Israelis also had a right to live without constant fear of rocket attacks.

“Once again, the principles of distinction and precaution are clearly not being observed during such indiscriminate attacks on civilian areas by Hamas and other armed Palestinian groups,” she said.

The council — which is the United Nations’ top human rights forum — was poised to call for an international inquiry into Israel’s offensive in the Palestinian territories.

He said residential areas had been flattened, with 2,500 houses destroyed and medical centres targeted.

“What Israel is doing is a crime against humanity,” he said.

The meeting was called by Arab nations and fellow members of the Organization of the Islamic Conference.

“Their Pavlovian instinct demands they react against Israel, in order to divert attention from their own human rights violation,” he told the council.

“Hamas is committing war crimes when it fires rockets indiscriminately at Israel towns and villages. Hamas is protecting its launching sites with the civilian residents of Gaza. Another war crime,” he said.

“And this council sits in judgement of Israel? There can be no moral symmetry between a terrorist aggressor and a democracy defending itself,” he added.

“However, the Gaza residents are not our enemies. Israel is fully committed to international law,” he said.

He blamed Hamas for the situation facing Gaza residents.

The council was set to vote on a resolution lodged by the Palestinians — which have observer status at the UN — condemning “the widespread, systematic and gross violations of human rights and fundamental freedoms” since Israel launched its offensive last month.

Meanwhile, UN Human Rights Council on Wednesday launched a probe into Israel’s Gaza offensive, backing efforts by the Palestinians to hold the Jewish state up to international scrutiny.

The 46-member council backed a Palestinian-drafted resolution by 29 votes, with Arab and fellow Muslim countries joined by China, Russia and Latin American and African nations.

The United States was the sole member to vote against, while European countries abstained.

Another violation: BSF kills unarmed man for straying across border