Aamir Khan on the evolution of cinema

Aamir Khan on the evolution of cinema

Actor speaks about the change­s in the film indust­ry and the cinema­tic contri­bution­s he has made.
By News Desk
Published: July 23, 2014
Tweet Email 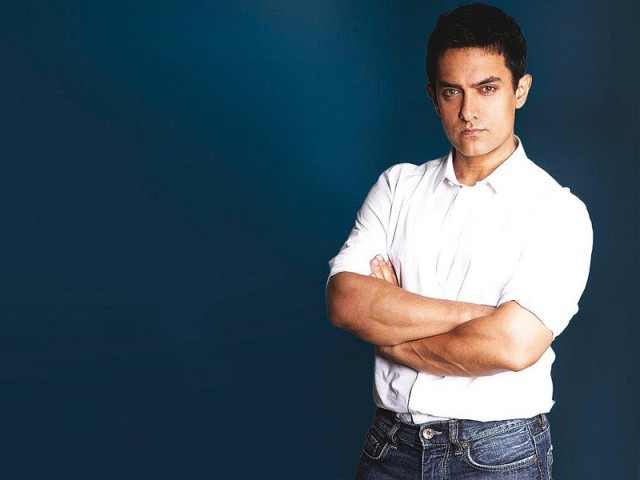 Actor speaks about the changes in the film industry and the cinematic contributions he has made.

In a career spanning over two decades, Aamir Khan has entertained us with the kind of cinema he’s done. Owing to his perfectionist persona, he doesn’t do anything unless the script really impresses him. This time, the 48-year-old star is all set to bring out something really different in his forthcoming movie PK directed by Rajkumar Hirani. The movie will star Anushka Sharma opposite the megastar. When Hirani and Khan teamed up for 3 Idiots, it officially became India’s biggest money spinner. Joining the 100 crore club, the film placed Rajkumar Hirani in the top league with filmmakers like Karan Johar, Rakesh Roshan, Aditya Chopra, Sanjay Leela Bhansali and  Imtiaz Ali.

Both, the filmmaker and the actor have been tight-lipped about what PK is about, but we are sure that this power duo will not fail to impress. Aamir has always experimented with cinema and brought about changes in Bollywood. In an interview with Hindustan Times, he speaks about the changes in the film industry and the cinematic contributions he has made.

How much have you changed personally in the last decade?

I’ve changed a lot, especially in the last four to five years. This came about after working on Satyamev Jayate (SMJ). It’s kind of an awakening for me. I am getting to know my country and so many people closely. Emotionally, too, I’ve grown stronger. Right now, I’m shooting for SMJ. It is a brittle period for me as I’m meeting and connecting with people from different parts of the country and walks of life. Their stories sadden me and make me question many things.

Tell us about the changes that you introduced to the film industry.

We introduced the first assistant director (AD) system and sync sound which we brought to the forefront with Lagaan (2001). Though, it was always there, movies mostly used the dubbing technique. Another thing that I started, which became a trend, is doing one film at a time and finishing it in on schedule.

How do you think the film industry changed over the last decade?

People have begun thinking out-of-the-box; different topics and viewpoints are being shared — something like Queen, which dealt with a girl’s independence and her right to make choices. Such changes go to show that we are aggressively pushing the line. It’s nice to see different kinds of cinema co-exist harmoniously.

The film business is growing fast over the years, with the multiplexes booming. Internationally too, we are doing very well. In addition to the US, UK and Europe, newer markets are opening up for our films. Markets like China, Japan and South Korea have opened with 3 Idiots (2009) and Dhoom: 3 (2013). These are good developments.

Proud to be Mukesh’s grandson: Neil