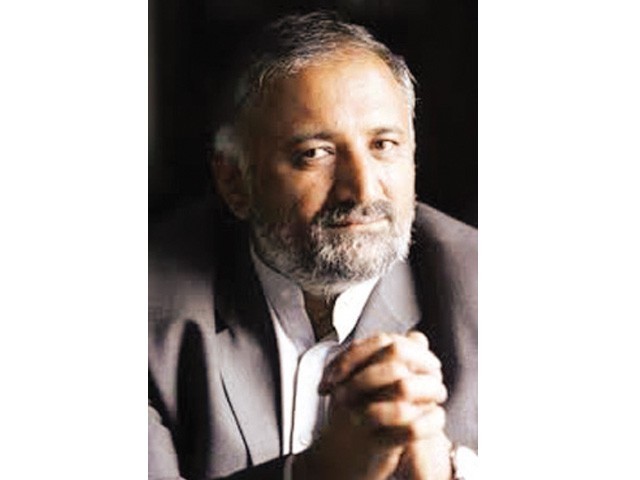 ISLAMABAD: Pashtuns in Afghanistan have suffered a serious setback after the September 18 parliamentary elections that has reduced their presence in the Afghan National Assembly, preliminary results of the poll show.

According to the results of the second national polls of the Wolesi Jirga – the lower house of parliament – the largest ethnic group of Afghanistan, Pashtuns, have lost their dominance in the parliament.

During an interview with The Express Tribune, Deputy Speaker of the Afghan National Assembly Mirwais Yasini admitted that barely 100 Pashtun candidates could make it to the house of 249 members, which was lower than the 115 members who were elected following the first parliamentary polls in 2005.

Yasini is a Pashtun legislator from the Afghan province Nangarhar that borders Pakistan. He was also one of the candidates who contested the presidential elections in 2004 against Hamid Karzai.

He believes that the war in the Pashtun provinces led to a low voter turnout. As a result, other ethnic groups such as the Tajiks, Uzbeks and Hazaras, who are otherwise a minority, won more seats than the Pashtuns in the assembly.

Tajiks and Hazaras inflicted defeat on Pashtuns even in the populated provinces such as Ghazni, Qudooz, and Nangarhar, where they secured more combined seats than the Pashtuns. The Persian-speaking Hazara tribe also won in many constituencies where the Pashtuns have an overriding presence than other minorities.

In the Pashtun-populated provinces, the voter turnout was less than 25 per cent, said Yasini, adding that it was the highest in the Turkmen, Uzbek and Tajik-populated provinces in the north – generally between 50 and 60 per cent. Surprisingly, the turnout also remained low (34 per cent) in the capital Kabul, which is dominated by Tajiks.

According to Yasini, Pashtuns in Afghanistan constitute over 50 per cent of the population, while Tajiks are 25 per cent followed by the Hazaras who are 15 per cent. In terms of the population size, Uzbeks are the smallest. The remaining population comprises Muslim ethnic minorities Turkmen, Baloch, Gujar and Nooristanis and non-Muslim minorities Christians, Hindu, Sikhs and three Afghan Jew families.

Yasini, however, is hopeful that the Pashtun presence may rise in the National Assembly with the ten seats reserved for Pashtun Kochi (nomads). “The Kochis will help maintain a balance in the assembly,” he said, adding that they will be a source of strength for Pashtuns in the lower house.

Until then, political analysts fear that the insufficient numbers of Pashtuns in the assembly may cause problems for President Hamid Karzai, who has been pursuing his ambitious plan to integrate the Taliban in the democratic setup of the country.

Karzai and Taliban represent Afghanistan’s largest ethnic group of Pashtuns and their recent peace talks have been opposed by the Hazara tribe who were subjected to large-scale bloodshed during the Taliban rule in Kabul. The tribe also suffered during the recent clashes with the Kochis.

However, Yasini does not agree with the perception that the defeat of Pashtuns will make Karzai weak.

Afghanistan is still largely divided on ethnic lines and although candidates stand as individuals, some blocs in the parliament are formed by regional power brokers based on their ethnicity.

Others belong to various political parties and factions, many formed by warlords who fought for and against the Soviet occupation of the 1980s and in the subsequent civil war.

US commander in Afghanistan draws up transition timetable